WPVI
DELAWARE CITY, Del. (WPVI) -- A fire ripped through part of a refinery in Delaware City on Friday afternoon.

The fire was reported shortly after 1 p.m. Friday at PBF Energy's Delaware City Refinery in the 4500 block of Wrangle Hill Road.

Black smoke could be seen from several miles away.

The view from Chopper 6 showed flames shooting out of a building with firefighters pouring water on the blaze.

Refinery officials say all workers have been accounted for. No injuries have been reported. 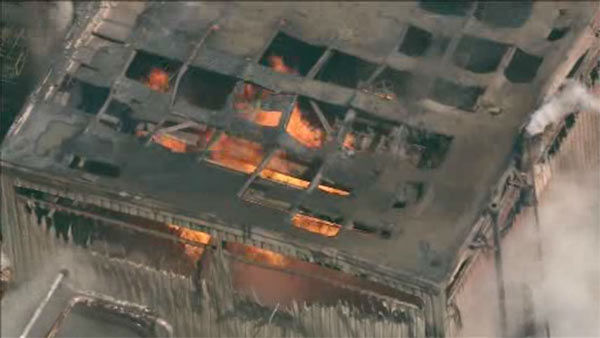 The fire was reported to be inside a catalytic cracker. It's described as a "a chemical reactor for converting oils with high boiling points into fuels with lower boiling points in the presence of a catalyst."

The Delaware City refinery is located on a 5,000-acre site on the Delaware River, with the ability to accept crude by rail or waterborne cargoes. Delaware City possesses an extensive distribution network of pipelines, barges and tankers, truck and rail for the distribution of its refined products.
Related topics:
delaware cityfiredelaware news
Copyright © 2020 WPVI-TV. All Rights Reserved.
More Videos
From CNN Newsource affiliates
TOP STORIES