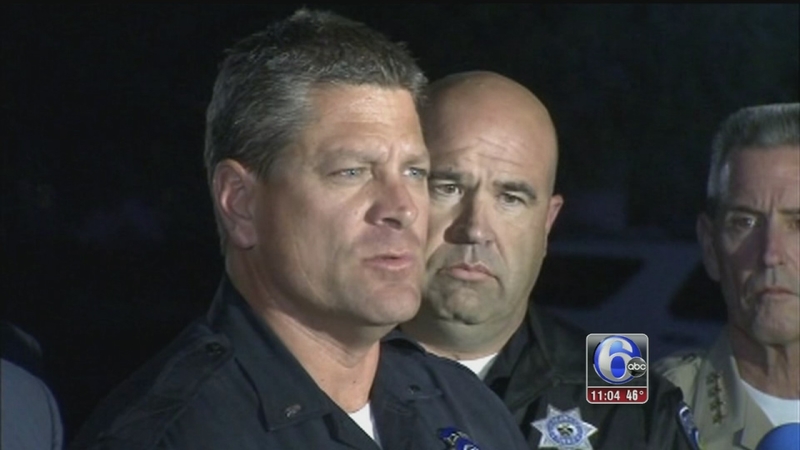 SAN BERNARDINO, Calif. (WPVI) -- According to officials, around 300 law enforcement officers from seven different agencies responded to the shooting in San Bernardino, California.

First among them was a 26-year veteran with the San Bernardino Police Department, a local guy who has what he describes as a desk job now.

"When we entered, there was fresh gun powder, and the smell of gun powder in the air leading me to believe that there were in fact shooters still," said Madden.

Madden was on his way to lunch on Wednesday when the first call came in. It was he who was closest to the scene and, therefore, he was the first officer to respond.

Even before he entered the Inland Regional Center, and saw what was happening, he knew it was bad.

"I could hear it in our dispatcher's voice that this was actually happening, this was a real event," said Madden.

Once through the doors, where police say Syed Farook and Tashfeen Malik fired off up to 75 rounds - killing 14 and injuring 21 - what he calls the surreal reality set in, as did his training.

"It was extremely loud. The fire alarms were going off. There were people who were obviously injured and obviously in great amounts of pain, and that was evident in the moans and wails we were hearing in the room," said Madden.

Thinking the scene was still active, he made the painful choice to move past the dead and injured to try to find the shooter.

At the time, it appeared Farook and Malik has gotten away.

However, hours later they would be killed in a shootout with police, during which 375 bullets were fired.

On Thursday night, one question remained - why?