WPVI
1 / 47
Chopper 6 was over the flooding in Lumberton, New Jersey on Thursday.
PHILADELPHIA (WPVI) -- The heavy rain across the Delaware Valley has caused flooding issues along area roads, creeks and rivers, prompting some evacuations and road closures in many areas.

In Philadelphia, Main Street in Manayunk was closed due to flooding Thursday morning, as were parts of Kelly Drive and MLK Drive after the Schuylkill River overflowed its banks.

Marine police say when they arrived to the intersection of Main Street and Shurs Lane, they didn't even know that there were cars parked along the street - they were submerged until the waters began receding around 8 a.m. 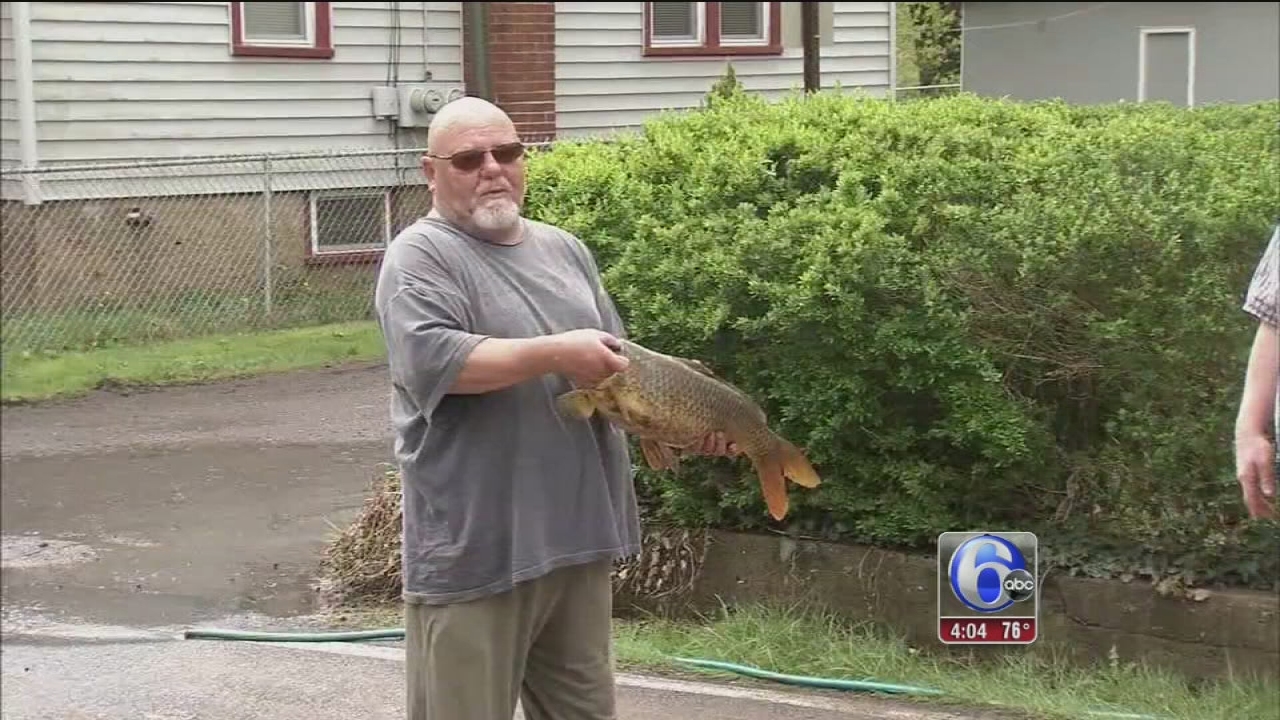 Police kept the area closed through most of the morning due to concerns that the water pressure could dislodge manhole covers, creating dangerous holes that weren't visible through the muddy mess.

Then just before 10:00 a.m. the fire department was called out to the report of flooding at the Venice Lofts Apartments on the 4300 block of Flat Rock Road in Manayunk, located on an island in the Schuylkill River. Rescue crews evacuated residents from the condominium complex as a safety precaution.

When Chopper 6 flew over the scene, nearby on Flat Rock Road our camera captured the top of a SEPTA bus peeking through the surface of the water - the rest submerged. Wednesday night three people were rescued from the roof of the stranded bus. 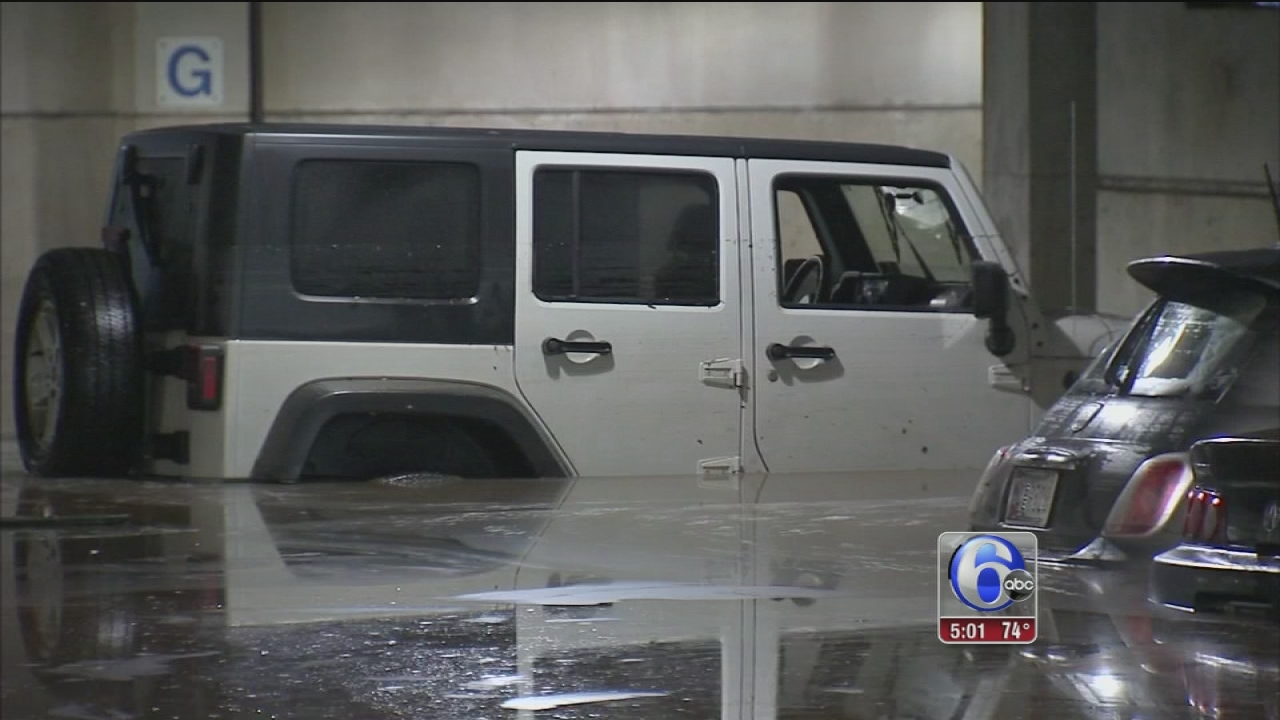 In Montgomery County, The Londonbury and Riverwalk apartments on Washington Street in Conshohocken saw flooding from the river. The SEPTA regional rail tracks that run alongside the apartment complexes were also submerged.

Flooding from the Schuylkill prompted SEPTA to shut down service completely on the Manayunk-Norristown regional rail line overnight. Limited service had been restored by 7:00 a.m. Commuters were told to expect delays.

Up in West Norriton, the water was so high that only the tops of cars peeked through in the parking lots of the Lofts at Valley Forge and Riverview Landing. 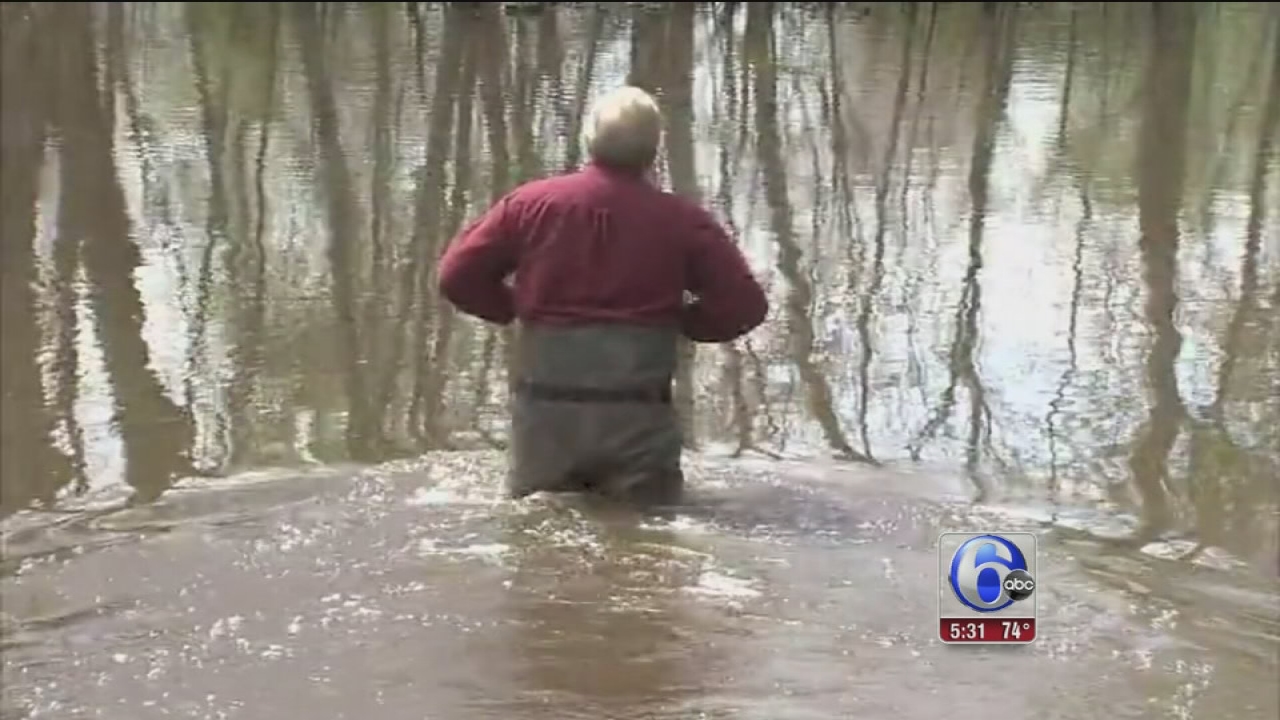 State Representative Mike Vereb tells Action News, "In my days as township commissioner and state rep this is absolutely the worst, even with hurricanes. This water rose very quickly and basically incapacitated the community."

In Center City Philadelphia, flood waters inundated the vehicles in a parking lot at 23rd and Arch Streets.

The river came up over its banks swiftly and many nearby condo and apartment dwellers were left stranded. Rescue crews used inflatable boats to get some of them to higher ground. 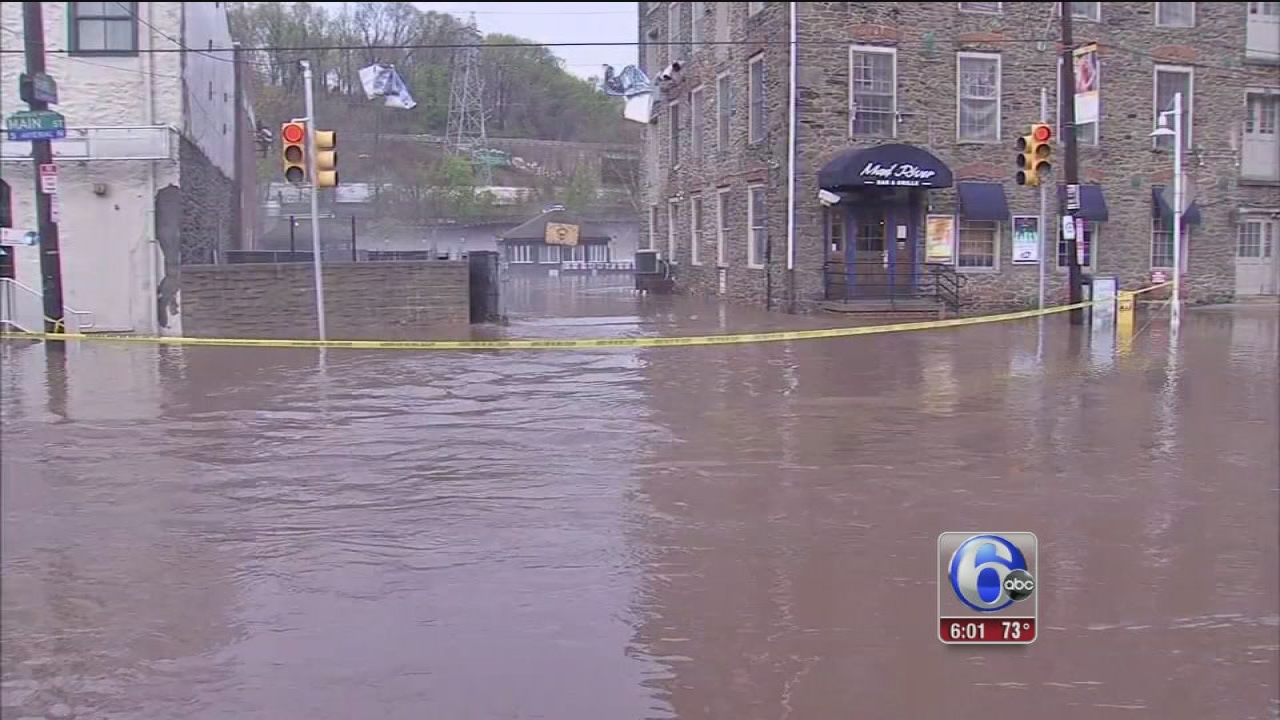 There were no injuries, but it will be a while before the property damage is repaired. Residents who were trapped in their homes last night emerged to a heartbreaking scene as the river receded, as many will be shopping for new cars.

Elsewhere in South Jersey, I-295 northbound in Olden was one of many roads closed or partially shut down because of flooding. 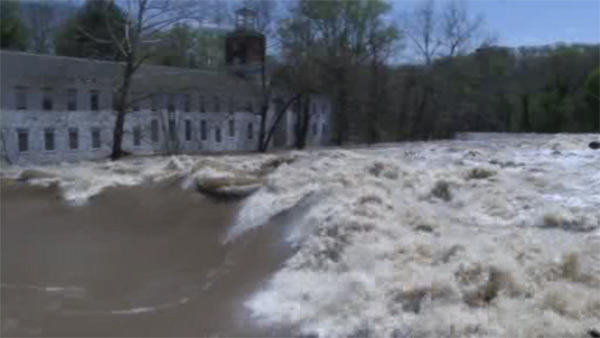 And in Chester County, the surging Brandywine River forced officials to shut down Baltimore Pike at Creek Road in Chadds Ford early Thursday.

In Chester, officials implemented voluntary evacuations along the 1300 and 1400 blocks of Kerlin Street. 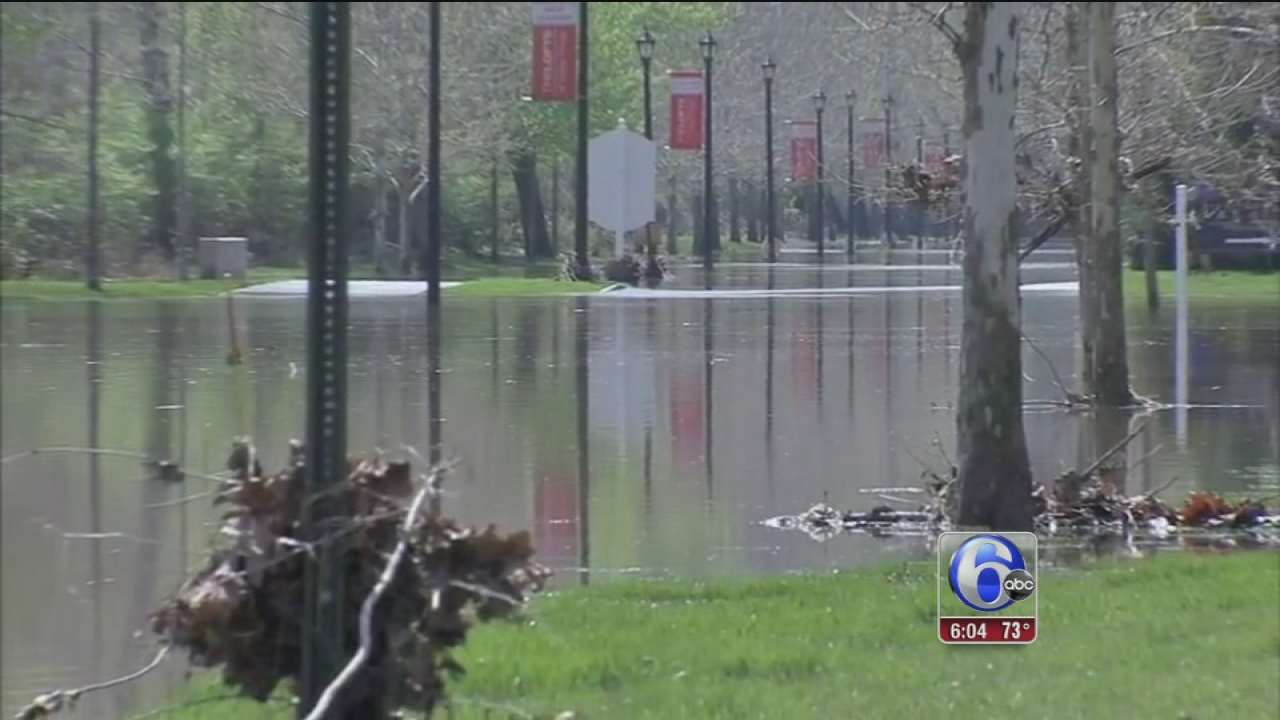 In Darby, the water reached up to the front doors of some homes and police blocked the intersection of MacDade and Springfield due to flooding.

The Red Cross was operating pet-friendly "comfort centers" in the area, where concerned residents could get blankets, dry off, warm up and get food.

Centers were set up at the Modena Fire Company in Coatesville, Showalter Middle School in Chester and the Darby Recreation Center in Darby. 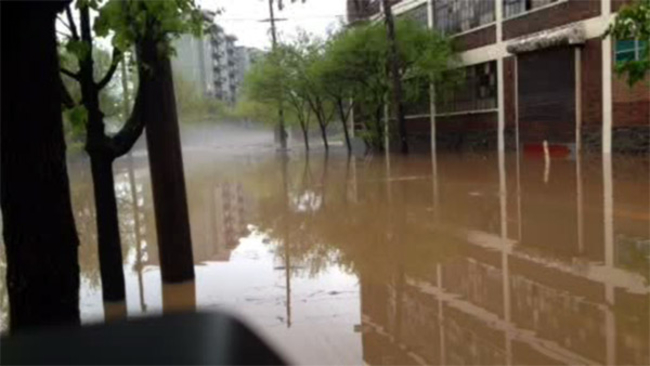