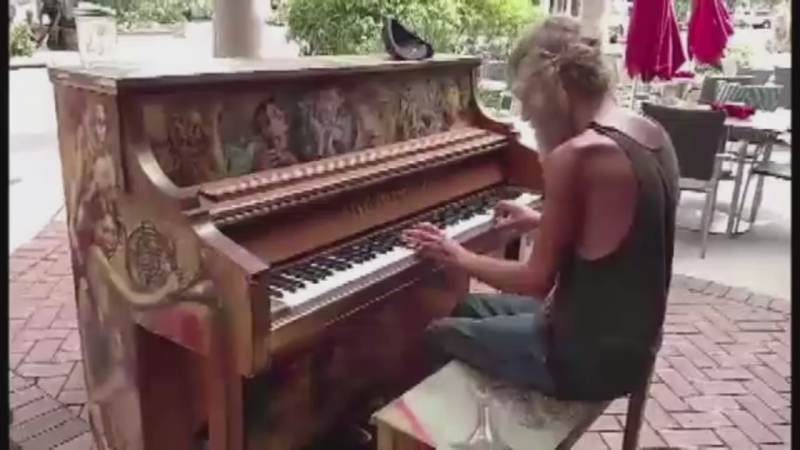 SARASOTA, FL (WPVI) -- It's a story of not judging a book by its cover.

By looking at Donald Gould, 51, of Sarasota, Florida, you might not realize how talented he really is. But listening to him play piano, and there is no doubt, reports television station WFLA.

"It is my passion," he said. " I just like to make people happy out there when I'm playing."

Gould, a homeless veteran, has become an internet sensation for how he can play the piano. In Sarasota, there are several pianos in public, put there by the Arts and Cultural Alliance.

"The whole idea is to give access to people who want to be able to express themselves," said Jim Shirley with the Alliance.

The pianos are an outlet for Gould and a way for him to try to make money.

"Sit it on top of the keyboard in hopes of making tips because I'm homeless," said the former Marine.

Unlike his music, his past isn't as beautiful. Gould's wife died several years ago, and he fell victim to drug addiction and lost custody of his son.

Video of him playing the piano is spreading across the Internet, being seen by millions of people. But there's only one who Gould hopes will see it - his son.