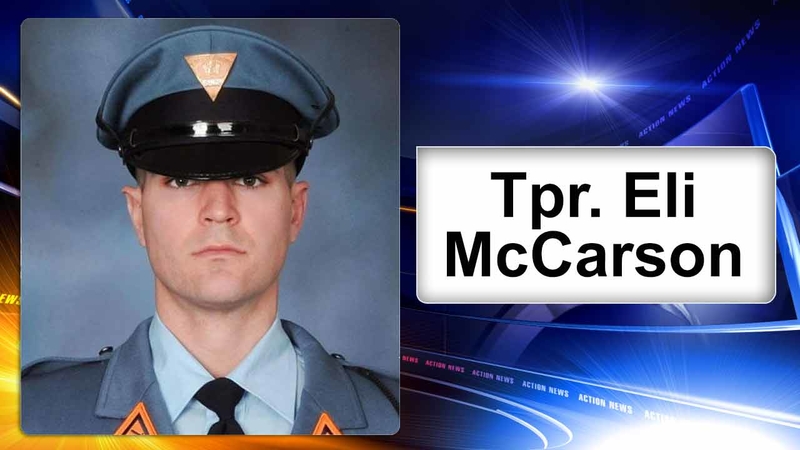 GLASSBORO, N.J. -- Police gathered for the funeral of a New Jersey state trooper who died when his patrol car struck a utility pole after he had responded to a call in Salem County.

The viewing for 30-year-old Eli McCarson was held Wednesday morning in Pfleeger Concert Hall at Rowan University in Glassboro. The funeral will follow there at noon.

McCarson's car hit a utility pole in Quinton Township on Thursday. He was trapped while rescuers opened the jammed doors and he died a short time later at a hospital.

He graduated from the academy in February and worked out of the Woodstown Station. He got married in September.