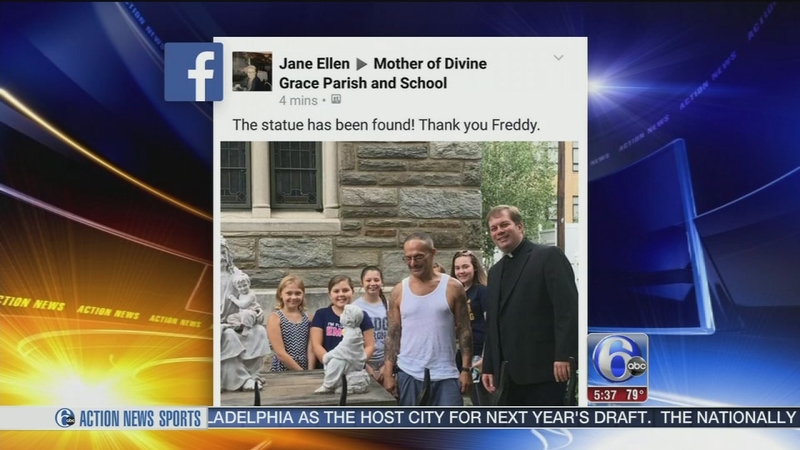 PORT RICHMOND (WPVI) -- A statue that was stolen from Mother of Divine Grace Church in Philadelphia's Port Richmond section is being returned, thanks to the keen eye of a local resident.

Freddy Cueves was leaving work near Second and Girard when he spotted a statue of a child sitting in a shopping cart Wednesday night.

He thought someone had left it as trash so he picked it up and brought it home.

Later Cuevas found out it was actually stolen.

He says its lucky he was the one who found it.

"It could have been broken, even destroyed. People have a tendency of destroying stuff for no reason," said Cuevas.

Jane Ellen posted a picture of Freddy returning the statue to the church Thursday afternoon.