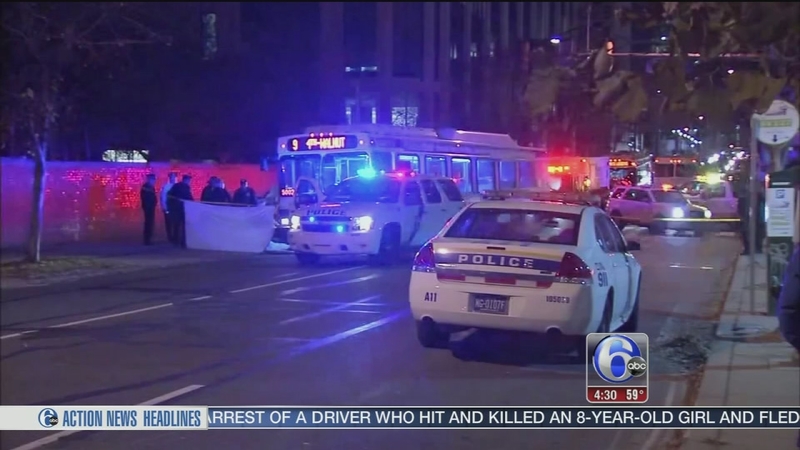 Authorities say Procaccino was walking in a crosswalk at 23rd and Chestnut streets shortly after 5 p.m. when she was hit.

Procaccino was pinned under the bus and dragged several feet. She was pronounced dead at the scene at 5:20 p.m.

The stroller with her 9-month-old grandson Leo kept rolling and struck a curb. The infant was not injured.

"As she started to cross the intersection at Chestnut Street - she had a green light - just as she was crossing, a SEPTA bus also traveling southbound on 23rd Street, attempted to make a left-hand turn to go eastbound on Chestnut and struck Lydia," Philadelphia Police Sgt. Joseph Rosa said.

Three people were on the bus at the time. None were injured.

Police closed off Chestnut Street for nearly two hours while they collected evidence.

The official police investigation is not finished.

They have not been able to interview the bus driver yet.

SEPTA says all of the operator side mirrors have been standardized, reducing the blind spot issue exposed in an Action News Investigation two years ago.

SEPTA does not believe that was a factor in this tragedy.

Police are focusing on the bus operator. They do not believe this is a matter of criminality, but rather a matter headed for civil court down the line.

"They both had a green light. She was in a crosswalk, had a right-of-way to cross the street," Rossa said.