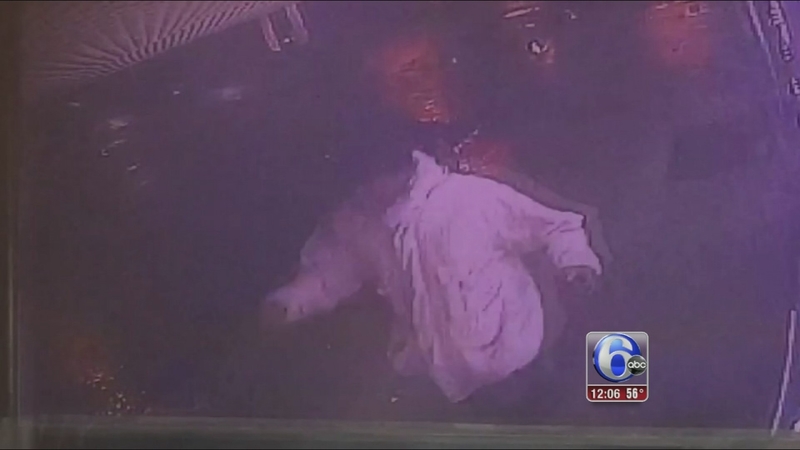 The video shows a shop door open, an inquiring look, then two men running down South 15th Street from Locust.

One suspect is on the sidewalk, another in the street.

The recording shows the moments following an attempted armed robbery in Center City in which one man was shot.

They say the 38-year-old victim and his 50-year-old friend were standing at 15th and Locust streets when a masked man armed with a gun approached them and announced a robbery.

Police say the victim was shot once in his right forearm, and he and his friend took off running south on 15th.

They turned on Spruce Street before the victim collapsed by the Kimmel Center. Police took the victim to Hahnemann University Hospital.

"It hit him in an artery in the arm," said Philadelphia Police Chief Inspector Scott Small. "Although critical, he is expected to survive. However he lost a lot of blood."

Police say the suspect is of medium build, 5'8"- 6' tall. He was wearing a black coat, black pants and a black mask and was armed with a black semi-automatic handgun.