HAVERTOWN, Pa. (WPVI) -- Officials in Delaware County responded to Havertown Friday morning, where one worker was electrocuted and another was critically injured.

The incident was reported shortly after 9:00 a.m. on the 2100 block of Winton Avenue.

Upon their arrival police found two male victims both on the front lawn of a home near an aluminum ladder.

Police say a male in his 50's was electrocuted and one male was shocked.

The injured male was transported to the Hospital of the University of Pennsylvania with burns to his hands and feet.

Authorities say the two men were working on the roof of the home when they lost control of an aluminum ladder that struck a wire.

Their identity is not being released pending notification of next of kin.

Police are continuing to investigate the circumstances around the incident. 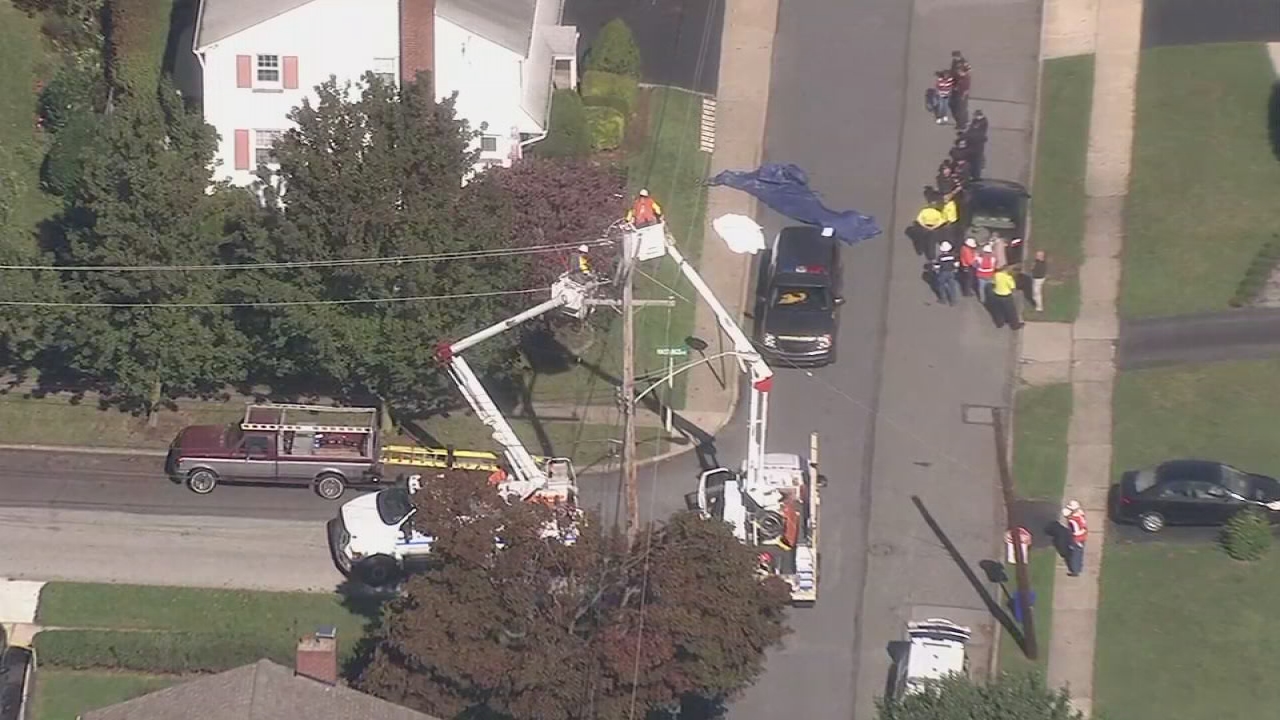