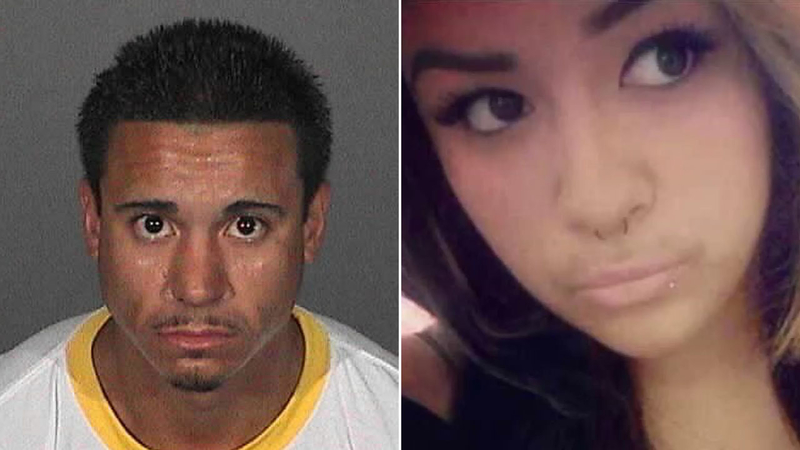 Homeless man sought for beating girlfriend to death with hammer

LOS ANGELES (WPVI) -- Authorities are searching for a homeless man suspected of beating his 21-year-old girlfriend to death with a hammer in East Los Angeles, California.

On Saturday, Los Angeles County sheriff's deputies responded to a call reporting an assault with a deadly weapon in the 470 block of South Sydney Drive around 1 a.m.

When deputies arrived, they found Kassandra Ochoa bleeding and unresponsive. She was pronounced dead at the scene.

On Monday, the victim's mother, Elizabeth Dolores, pleaded for the suspect, 28-year-old Antonio Medina, to turn himself in.

"My daughter was a beautiful person. Everybody loved my daughter," she said. "Turn yourself in, please...we trusted you when you came into our house. We trusted you and you did this to my baby."

During a preliminary investigation, deputies learned that the couple was trying to illegally stay in an empty converted garage for the night.

Witnesses said they heard Medina arguing with Ochoa and saw him flee the scene. He was spotted wearing a gray thermal shirt and dark pants.

"There was a witness who actually saw the two go in. They were engaged in some kind of a verbal argument He alerted the homeowners, who went out to check and tell the people that they had to leave and then basically she discovered the victim on the floor, bleeding," LASD Lt. Victor Lewandowski said.

Medina is described as 5 feet 7 inches tall and weighs about 180 pounds. He is believed to frequent the East Los Angeles area. Homicide detectives think he may still be in the area, staying with friends and family who may not know about the murder.

Medina had been released from prison earlier this year and has an extensive criminal record, including several charges for domestic violence.