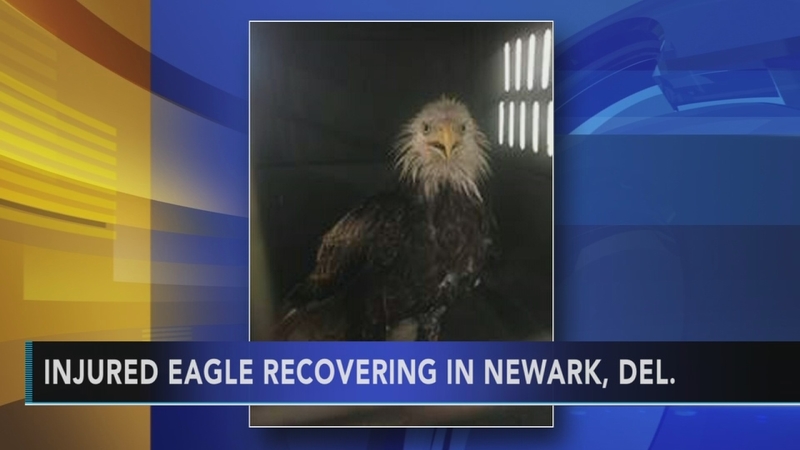 WASHINGTON, D.C. (WPVI) -- A bald eagle that was rescued in Washington over the weekend is recovering at a facility in Newark, Delaware.

A wildlife biologist says the injured bald eagle found in Washington is likely the male of a well-known pair that has nested for years near the D.C. police academy.

The rescue was called a Fourth of July miracle.

A report came in that the eagle was spotted in Southeast DC visibly injured.

He was unable to fly and was having trouble breathing.

Teams from the Humane Rescue Alliance were able to get the eagle off the streets, and get him to a hospital.

Officials at the Tri-State Bird Rescue say they're keeping an eye on the eagle's ability to fly.