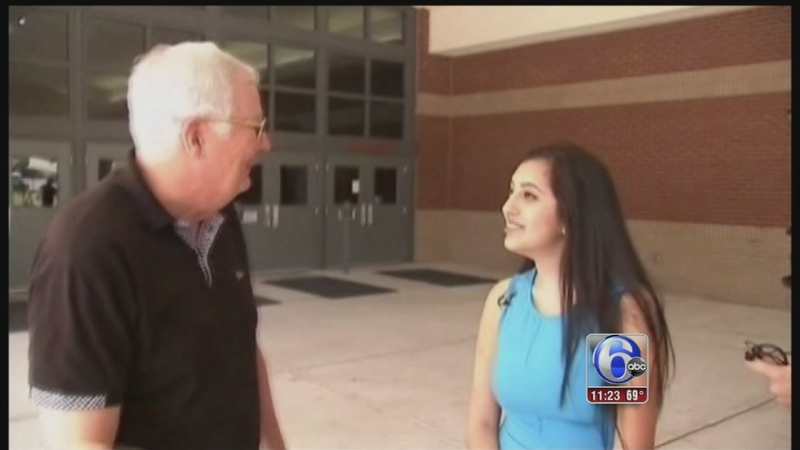 When she was just a baby, she was whisked out of Iraq by a US soldier who helped her out of the country. Now, the two have reunited just in time to celebrate this milestone.

This is a reunion 18 years in the making -- 18 years of emotion, and built-up gratitude. Awaz Barwari, mother of the girl said, "You saved the day for us."

The year was 1996, Awaz Barwari had found herself on Saddam Hussein's kill list. The US agreed to get her out of Iraq, but as she and her then baby Lava arrived at the border, she was told she could go, but her baby's name wasn't on the list and had to stay behind.

That's when soldier Greg Peppin took the baby in his arms and announced she had a new name.

Greg Peppin brought the baby across the border using his passport, "I said my name is Greg so if the baby's name is Greg it's got a be a relative and that means she can go."

Mom and baby ultimately made it to the Atlanta suburbs, where Lava would rise through the Gwinnett school system. Peppin went on to become vice president of Boeing International. The families never saw each other again, but as Lava planned her graduation, she decided she had to track him down.

"It was the first story I probably ever heard... She's always told me about the man who saved my life", said Lava

Peppin will never forget the day Lava tracked him down, "The day I got Lava's email was one of those signature days that kind of makes your life worthwhile."

So when lava walks across the stage, that man who saved her life will be there again for another key moment.