WPVI
PHILADELPHIA (WPVI) -- We have an update on the story of a man from Utah, searching for someone from Philadelphia whose message in a bottle washed up in the Caribbean.

We first brought you this story Saturday night on Action News at 11. 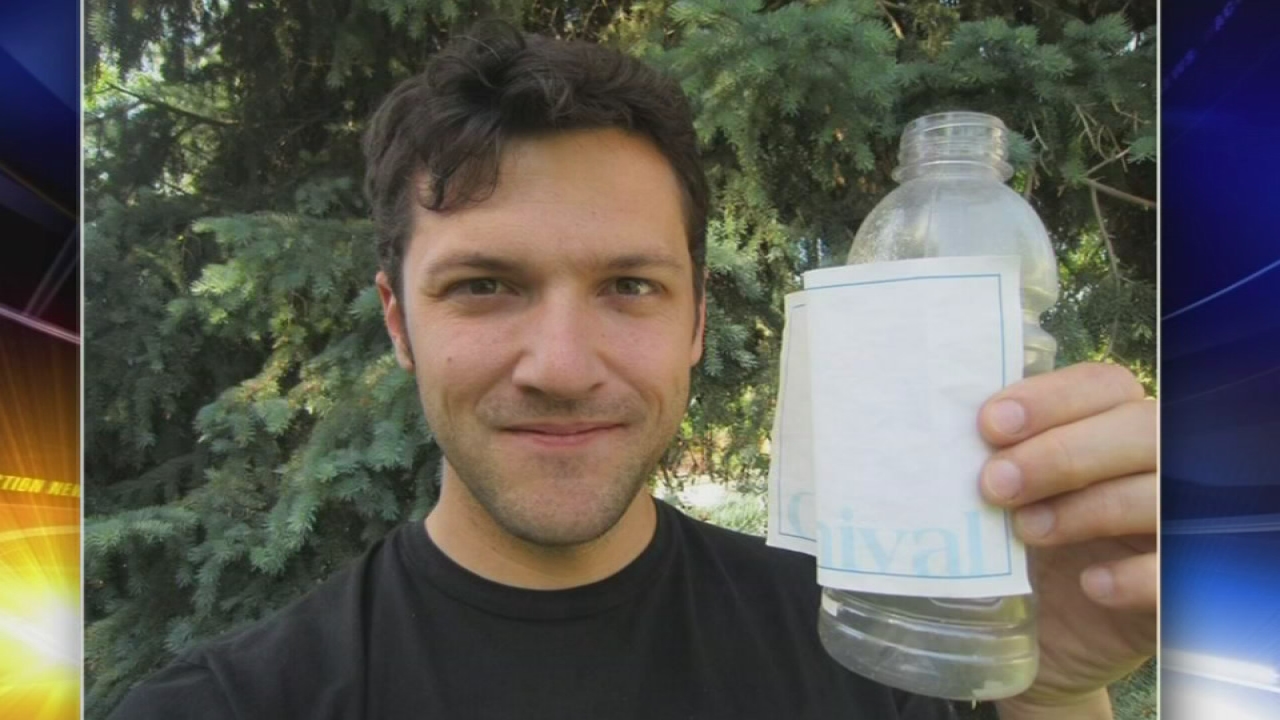 Traveler seeks local man behind message in bottle
A man from Utah is on a mission. He's trying to find a guy in Philadelphia named Ray who left a left a message in a bottle.

"I was kind of dozing off at first, but it made me sit up in the chair and I was like, 'Wow I don't believe it. They talking about me.' I kept saying, 'This is me! This is me!' I went and told my wife and she was like, 'yeah right, get out of here," said Ray Stratton.

He was watching Action News Saturday night, when he heard Clint Buffington talk about a message in a bottle he found in the West Indies.

The writing on the letter was faded.

For the last year, Clint has been searching for a man named Ray, who lives in Philadelphia and was onboard the Carnival Conquest in May 2014.

"It's never taken me this long to solve a message in a bottle," said Buffington.

"I watched it fall and I was like adios - two years later, here we are," said Stratton.

Immediately after our story, Ray reached out to Clint.

"That conversation was awesome. Talking to Ray for the first time was just so cool. I keep finding people who send messages in bottles they're just are interesting people," said Buffington.

"It's exciting. It made me really feel good, like I was special and I had a place here. The lord touched me and said, 'it's your day,' " said Stratton.

Ray has said if Clint is ever in Philadelphia, he's welcome to stay at his house.