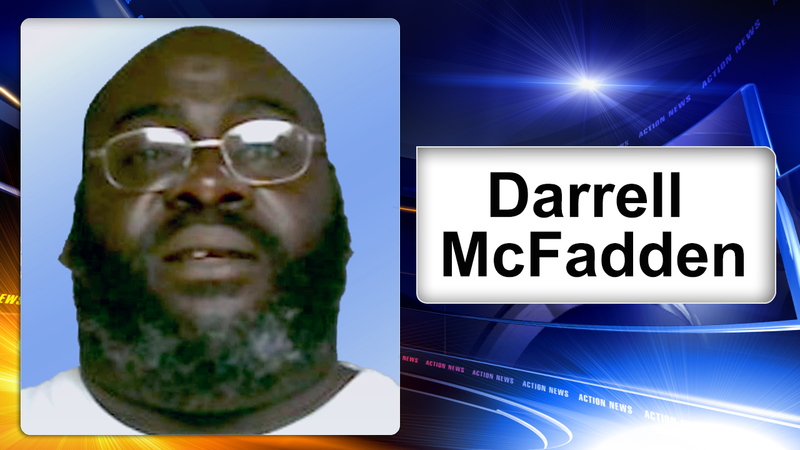 BRYN MAWR, Pa. (WPVI) -- A woman spoke exclusively to Action News about a harrowing encounter with a taxi driver, accused of attacking her inside his cab.

The alleged assault happened last Tuesday in broad daylight across from the train station in Bryn Mawr, Pennsylvania.

The victim, who asked that we hide her identity, says it was a violent assault inside a Main Line Taxi, allegedly at the hands of driver Darrell McFadden.

Court records reveal McFadden is a career criminal with convictions for statutory sexual assault, corruption of minors and assault. He's a registered sexual offender on Megan's Law, and also has prior arrests for rape and drug charges.

"Why would you hire a rapist to drive people around?" asked the woman.

The victim, who recently had surgery and doesn't drive, had McFadden take her to The Perelman Center for Advanced Medicine to receive a new prescription. Soon, she found herself in Bryn Mawr and McFadden claiming she stole his phone.

"He just grabbed my shirt and started dragging me toward his side because he was on his side, half way out of the car," said the woman.

We wanted to find out why McFadden was driving the general public. A man in charge at Main Line Taxi refused to answer our questions.

Still, we asked him if he thought it was responsible to hire a longtime convicted felon, who served time for statutory sexual assault.

The Public Utilities Commission that oversees taxi companies across the state says companies must do criminal background checks every two years, but convicted felons can be hired.

That said, companies are required to hire drivers that will provide, "safe and reliable service." The question is was McFadden fit to do that?

Court records show police say he stole a half dozen of the victim's Percocets.