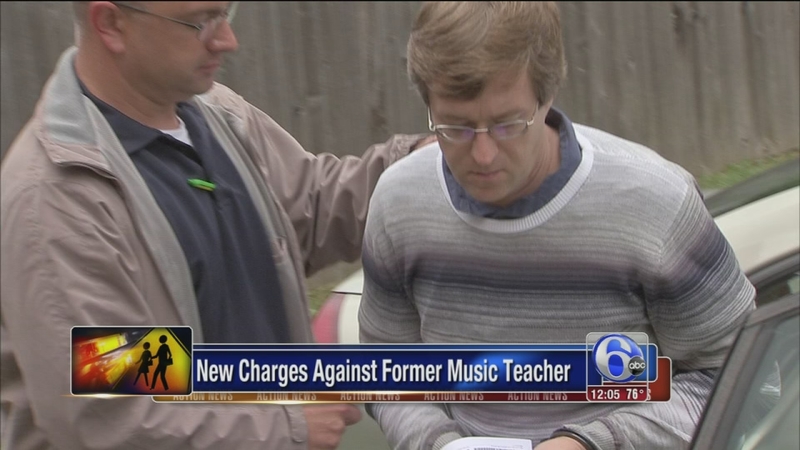 He is being charged with endangering the welfare of children.

He remains in prison awaiting a preliminary hearing.

Fomin was a music teacher at the Malvern School of Music at the time of the reported offenses.

Authorities say the three original victims, all six years old, were students at the music school.

Investigators say the parents of a 6-year-old female student contacted authorities on June 4th about inappropriate behavior from Fomin; two other 6-year-old students then came forward with reports of their own.

Police executed a search warrant of Fomin's home. They allegedly located nude photographs of children and adults, including Fomin himself, on his computer.

Authorities say Fomin resides in East Pikeland, Pennsylvania, but is originally from Russia.

He has worked at the Malvern School of Music for approximately four years. He has since been fired.

"I feel devastated, I care so deeply about the kids. The mission of this school is all about nurturing children and I just feel profoundly sad for them, at the end of the day, they are the victims," owner Dave Stoltzfus
said last week.

Fomin and his wife also ran the Kimberton School of Music in Phoenixville and police say he conducted private music lessons at his home.

Police are urging parents to talk to their children because they fear there may be other victims.