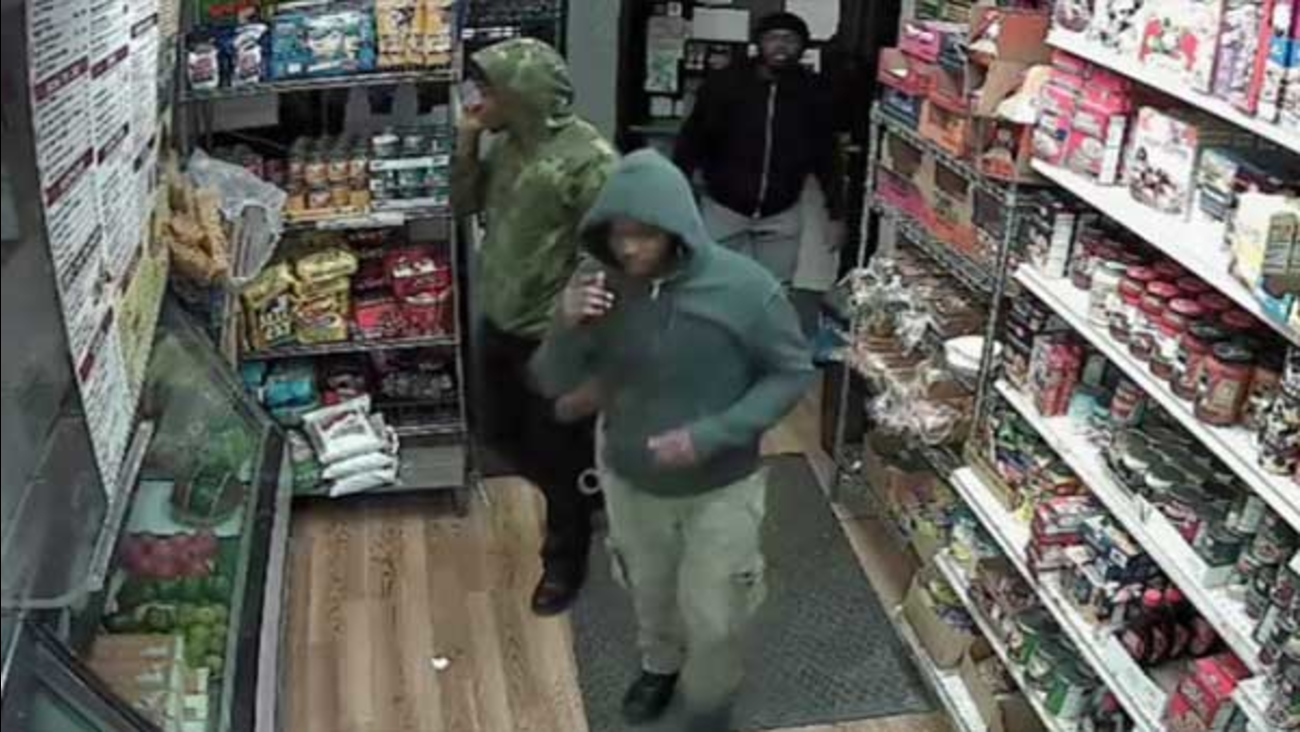 Pictured: Three suspects who attacked and robbed a man outside a convenience store on the 6600 block of Chew Avenue in East Mount Airy around 9 p.m. on March 18.

EAST MOUNT AIRY -- Philadelphia police are searching for three suspects who attacked and robbed a man in the city's East Mount Airy section.

The incident happened shortly after 9 p.m. back on March 18.

Police say the 47-year-old male victim was standing outside on the 6600 block of Chew Avenue when he was suddenly approached by three men, one of whom was armed with a handgun.

The suspects then began punching and kicking the man before stealing his HTC cell phone and fleeing the scene.


The suspects were also caught on surveillance video prior to the robbery inside a nearby convenience store.

Police describe the first suspect as a black male in his late teens to early 20s, 5'10" tall with goatee and thin build. He was wearing a camouflage hooded sweatshirt, dark colored pants and dark colored sneakers.

The second suspect is described as a black male in his late teens to early 20s with a thin buildn and mustache. He was wearing a gray hooded sweatshirt, gray pants, and dark colored sneakers.

The third suspect is described as a black male in his late teens to early 20s with a medium build and mustache. He was wearing a dark colored ski cap, dark colored zip-up hooded sweatshirt, gray pants and gray sneakers.

Anyone with information on this robbery is asked to call police at 215.686.TIPS (8477) or text a tip to PPD TIP (773847).
Related topics:
northwest philadelphiacrimephilly newsattackrobberyguns
More Videos
From CNN Newsource affiliates
TOP STORIES