Man survives after being buried in 2 feet of snow 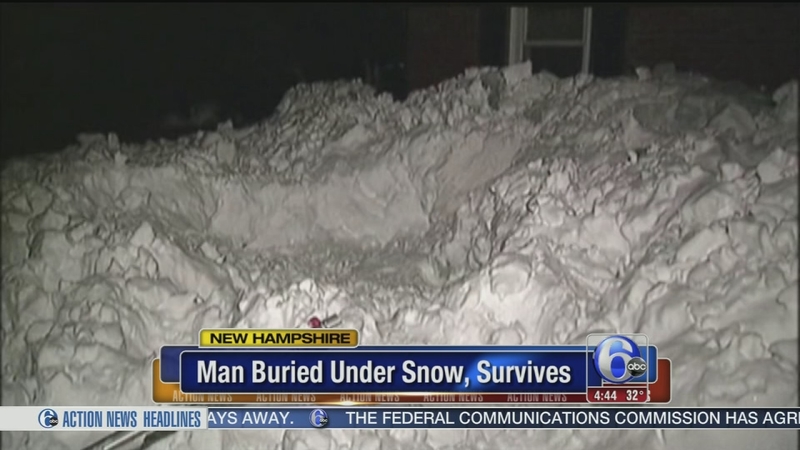 VIDEO: Man survives after being buried under two feet of snow

A New Hampshire man is lucky to be alive after he was buried in snow for more than three hours.

Drew Mullins was using a snow rake to clear snow off his roof earlier this week when it all came crashing down on top of him.

Mullins ended up on his back, buried under two feet of snow.

What's worse, his wife and daughter left just before the accident.

They returned home about three and a half hours later and heard his muffled cries for help.

"I just saw the snow rushing off the metal roof and just ended up with the avalanche effects," he said.

Mullins says his heavy breathing melted the snow above his head, so he was able to get some air.

It took nine firefighters about 20 minutes to free him.

He was taken to a hospital and treated for exposure.