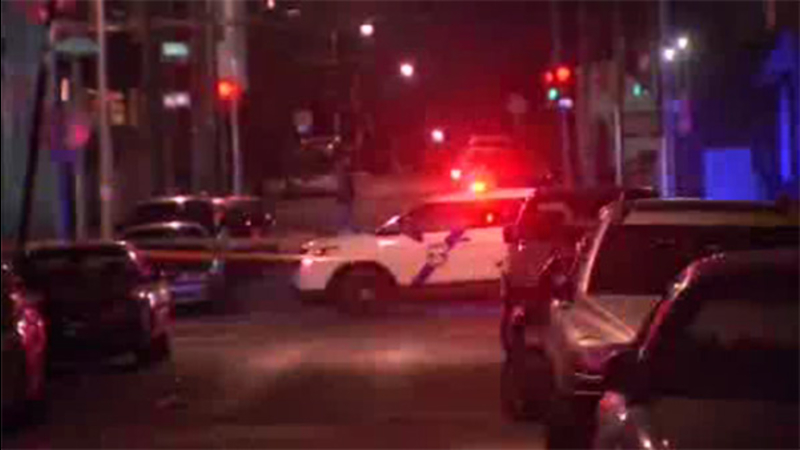 VIDEO: Man dies after stabbing, struck by SUV in Frankford

FRANKFORD (WPVI) -- Police say a man was found stabbed multiple times and was possibly struck by an SUV in Philadelphia's Frankford section.

The victim has been identified as 19 year-old Zaire Stephens.

Officers were called around 8:21 p.m. Thursday for a report of a stabbing on the 4700 block of Oxford Avenue.

The victim was stabbed multiple times in the chest, police say, but managed to run a half block to the 1500 block of Foulkrod Street.

This is where police say the man was possibly struck by a white SUV. It's not clear if he ran into the vehicle or the SUV hit him.

He was taken to Temple University Hospital where he was pronounced dead at 8:41 p.m.

Witnesses told police they saw a man running near the intersection of Oxford and Frankford where he threw something into the sewer.

Officers later recovered a knife handle with blood on it. Investigators are hoping the surveillance cameras will provide information.

They believe the knife is connected to the stabbing.

Police say the driver fled, but they have since located the address of the tag on the SUV. No word on whether the driver has been found.

The incident is under investigation.