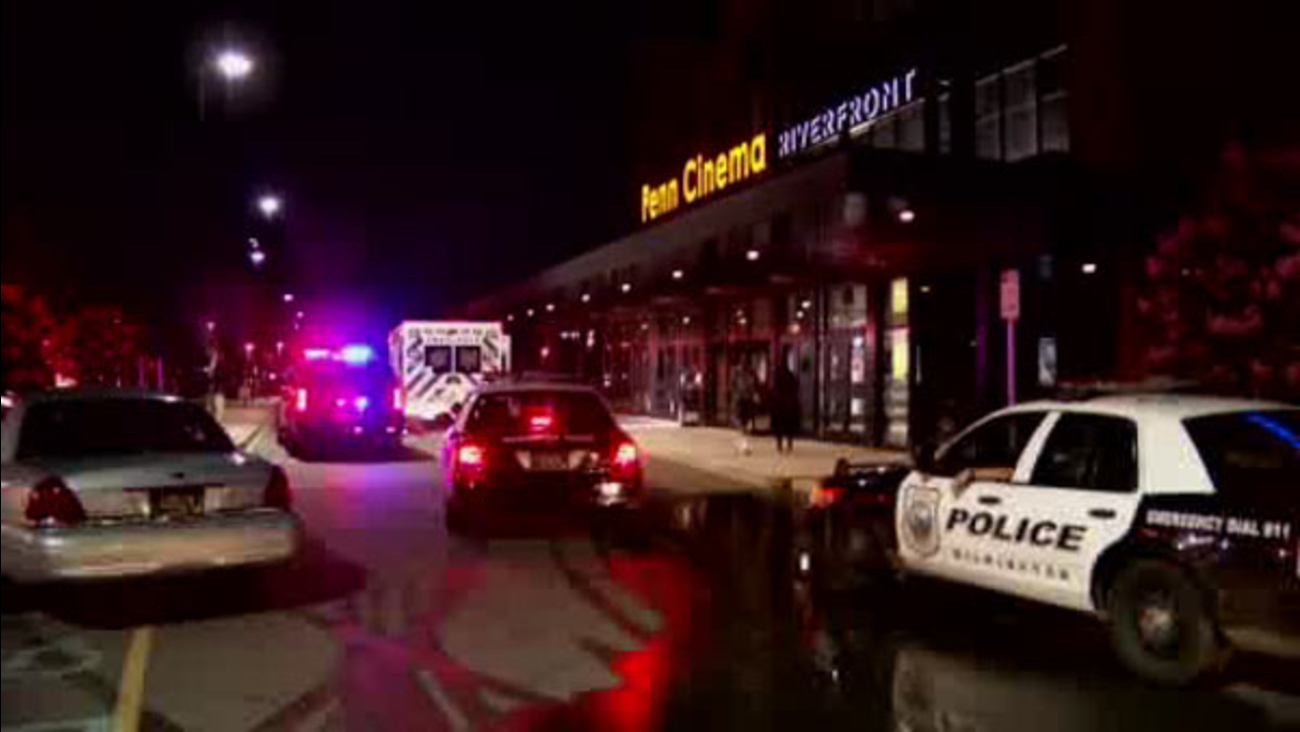 WILMINGTON, Del. (WPVI) -- A man with a bullet wound to his back was found in the parking lot of the Penn Cinema Riverfront movie theater on South Madison Street at 11:30 p.m. Tuesday.

Wilmington Police believe the 20-year-old man was shot in a nearby neighborhood and collapsed in the movie theater parking lot.

The man was taken to Christiana Hospital in critical but stable condition.

Video from the Action Cam showed the victim alert while being loaded into an ambulance.

All of this happened as patrons were leaving the theater.

Police searched the area and eventually found a shooting scene not far from the theater, at Oak and Marshall Streets.

They are still working to determine who shot the man and why.

Anyone with information about the case is asked to call Wilmington Police Detective Michael Gifford at 302-576-3640.