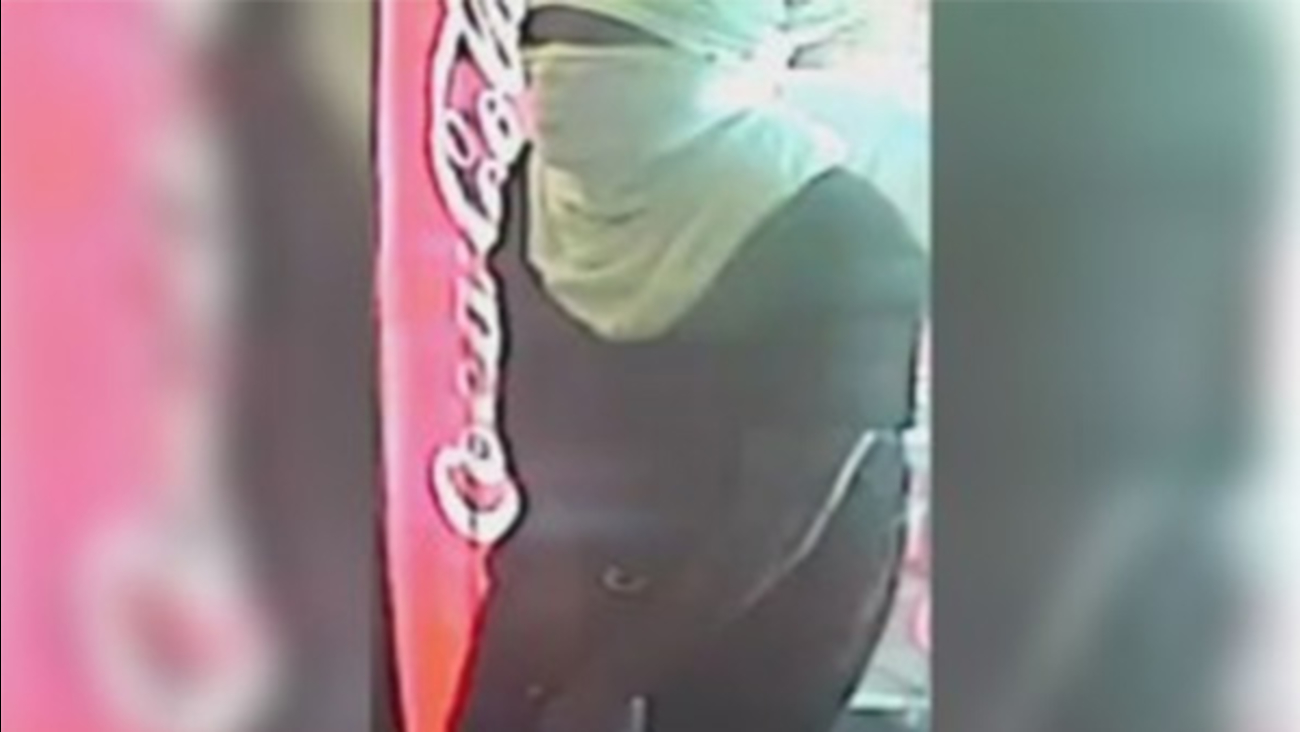 NORTH PHILADELPHIA -- Police are looking for the man who arrived on a bicycle to rob a deli in North Philadelphia.

The robbery happened on Sunday at the Somerset Deli-Grocery on North 9th Street.

The suspect, who had a t-shirt wrapped around his head, rushed the counter and demanded cash.

After taking handfuls of money from the register, he took off.

The suspect is described as a black male in his 30s with a medium build. Along with the white t-shirt around his face, he was wearing black t-shirt, black pants and black shoes with white soles.