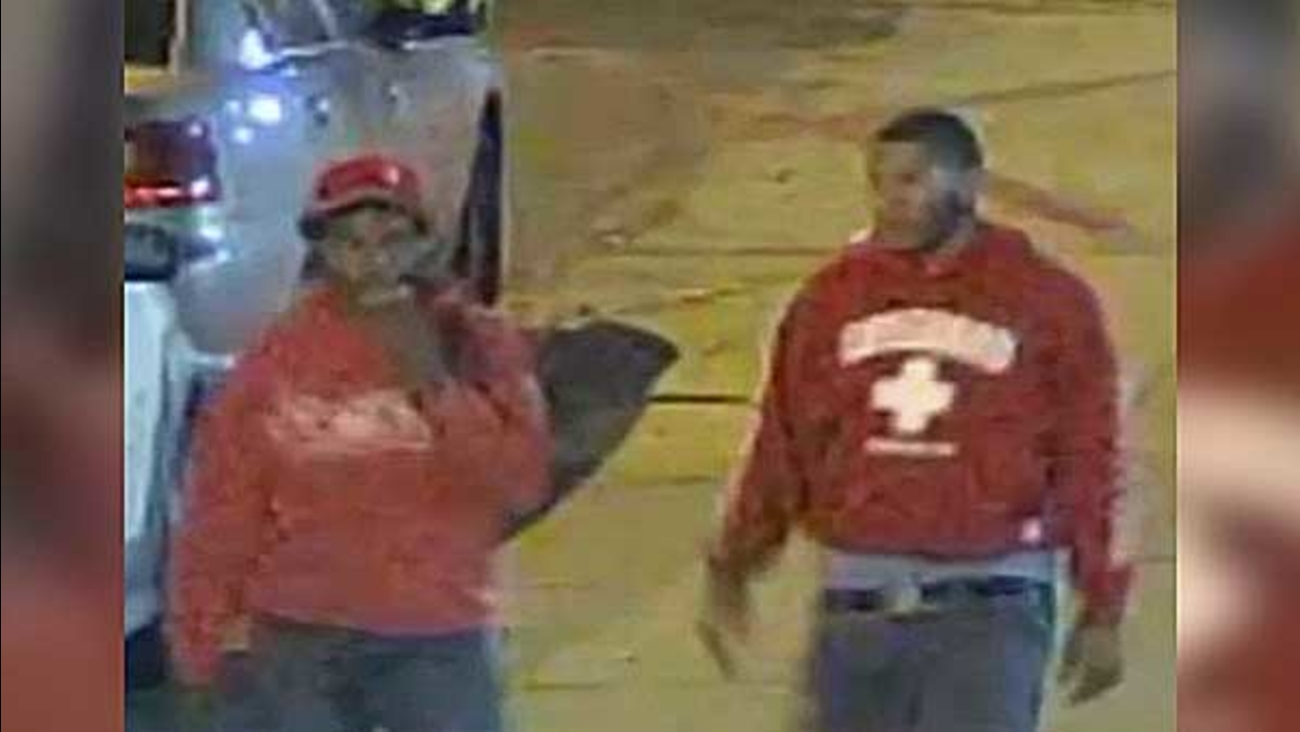 Police are searching for three suspects who robbed a man at gunpoint in North Philadelphia early Thursday morning.

NORTH PHILADELPHIA -- Police are searching for three suspects who robbed a man at gunpoint in North Philadelphia early Thursday morning.

According to investigators, the 24-year-old victim was walking on the 1800 block of North 15th Street shortly after 3 a.m. when he was approached by two suspects, one of which was armed with a handgun.


One suspect pointed the gun at the victim while the another went through his pockets.

Both suspects then fled south on 15th Street.

There were no shots fired and no injuries were reported.

A short time later, the duo were spotted with a third unidentified female on surveillance video using the victim's credit cards at a nearby store.

Police describe the first suspect as a black male, 21-24 years-old, 6'1 tall with a thin build, dark complexion and braids. He was wearing a red "Phillies" hooded sweatshirt, red baseball cap, jeans and armed with a handgun.

The second suspect is described as a black male, 21-24 years-old and 5'10 tall. He was wearing a red "Lifeguard" hooded sweatshirt and jeans.

The third suspect is described as a black female, 23-26 years-old with a medium build. She was wearing a light colored shirt.