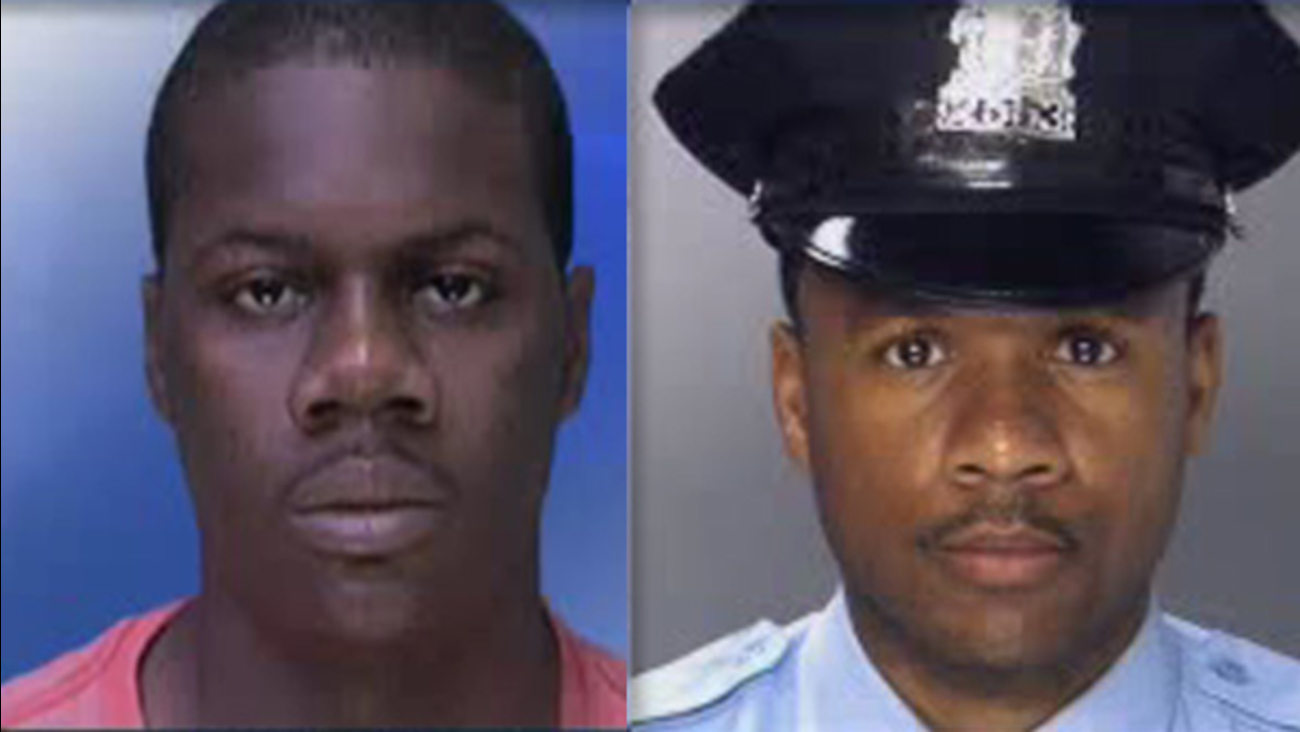 PHILADELPHIA (WPVI) -- A convicted murderer was sentenced on Tuesday for the death of a Philadelphia police officer.

Chancier McFarland will spend between 20 and 40 years in state prison.

He earlier pleaded guilty in the shooting death of Officer Moses Walker back in 2012.

McFarland cut a deal with prosecutors to testify against his accomplice, Rafael Jones.

Jones was sentenced to life in prison in June.

The shooting happened during a holdup in North Philadelphia in the early morning hours of Saturday, August 18th, 2012 while Walker was off-duty, going home from his shift.