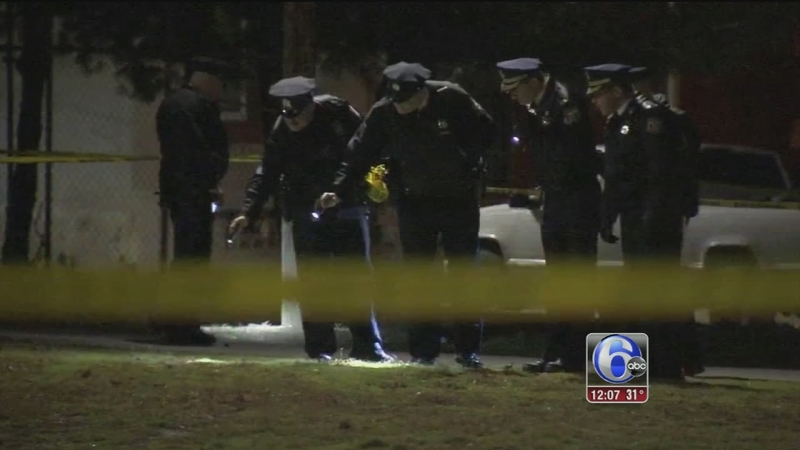 KENSINGTON (WPVI) -- A 45-year-old man is in extremely critical condition after being struck by a stray bullet in Philadelphia's Kensington section.

It happened before 9 p.m. Wednesday on the 200 block of East Indiana Street.

Police say the man was standing on the porch with family members when shots rang out.

The other family members ducked, but the victim was hit in the head by a bullet.

Police do not believe the victim was the intended target.

Investigators focused their attention in the park where they found more than a dozen shell casings from two different weapons.

They believe a bullet from an exchange of gunfire at Hope Park strayed and hit the victim.

Police are looking for at least three people and working to identify them with surveillance and the help of witnesses.

Several people were interviewed by detectives.