Man shot and killed while riding bicycle in Wynnefield 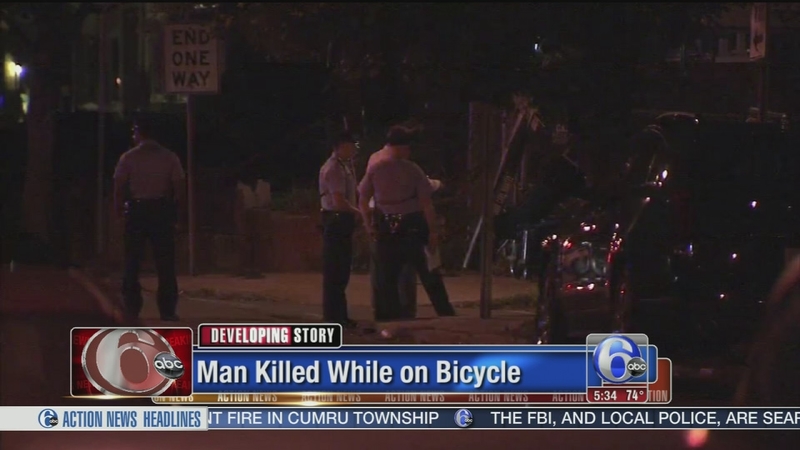 WYNNEFIELD (WPVI) -- Philadelphia Police are searching for a gunman who shot and killed a man while the victim was riding a bicycle in Wynnefield.

They arrived to find the victim, a man believed to be in his late teens or early 20s, lying on the sidewalk.

Police say he'd been shot at least once in the head at point-blank range while he was riding his bicycle. He was still on the bike when he collapsed.

Witnesses told police after the shooting the gunman got into a dark blue or black sedan with two other men inside and fled south on Georges Lane from Berks Street.

Police are still working to identify the victim.

They are checking surveillance video for additional clues.

Anyone with information about the case is urged to contact Philadelphia Police by dialing 911.