Man struck by car then fatally shot in Northeast Philadelphia 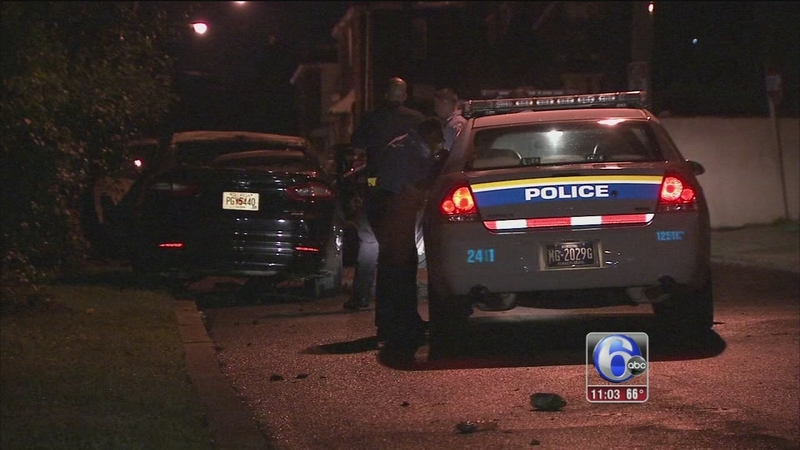 VIDEO: Man struck by car then shot in NE Philly

NORTHEAST PHILADELPHIA (WPVI) -- Police are investigating the murder of a man who they say was first struck by a car then fatally shot multiple times in Northeast Philadelphia.

It happened just after 8:30 Saturday night in the 4700 block of Ramona Avenue.

Investigators say the victim, a man in his 30s, was struck by a car then shot in the chest and stomach. He was pronounced dead at the scene.

A short time later, authorities found the striking vehicle, a Honda Civic, on fire at the intersection of Annsbury and Shelbourne.

Police are looking for two suspects. They believe the suspects may have gone to area hospitals with burns.