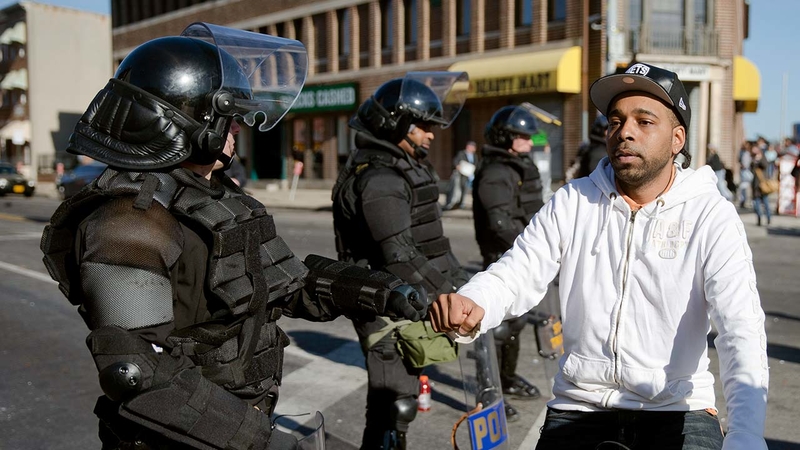 BALTIMORE (WPVI) -- National Guardsmen took up positions across the city and hundreds of volunteers began sweeping the streets of broken glass and other debris Tuesday, the morning after riots erupted following the funeral of a black man who died in police custody.

We have been able to get our injured officers out of the area and they are now receiving medical treatment. 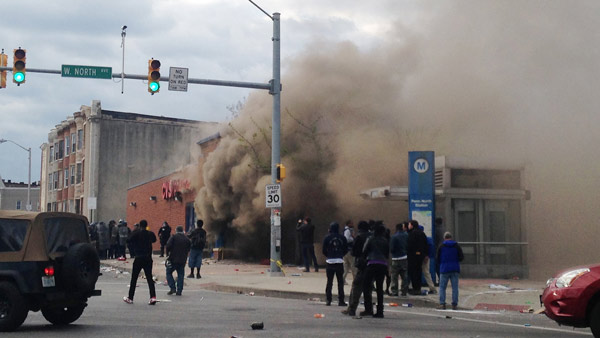 We're cooperating w/ police & monitoring other stores to ensure the safety of employees & customers. Thoughts are w/ the people of Baltimore 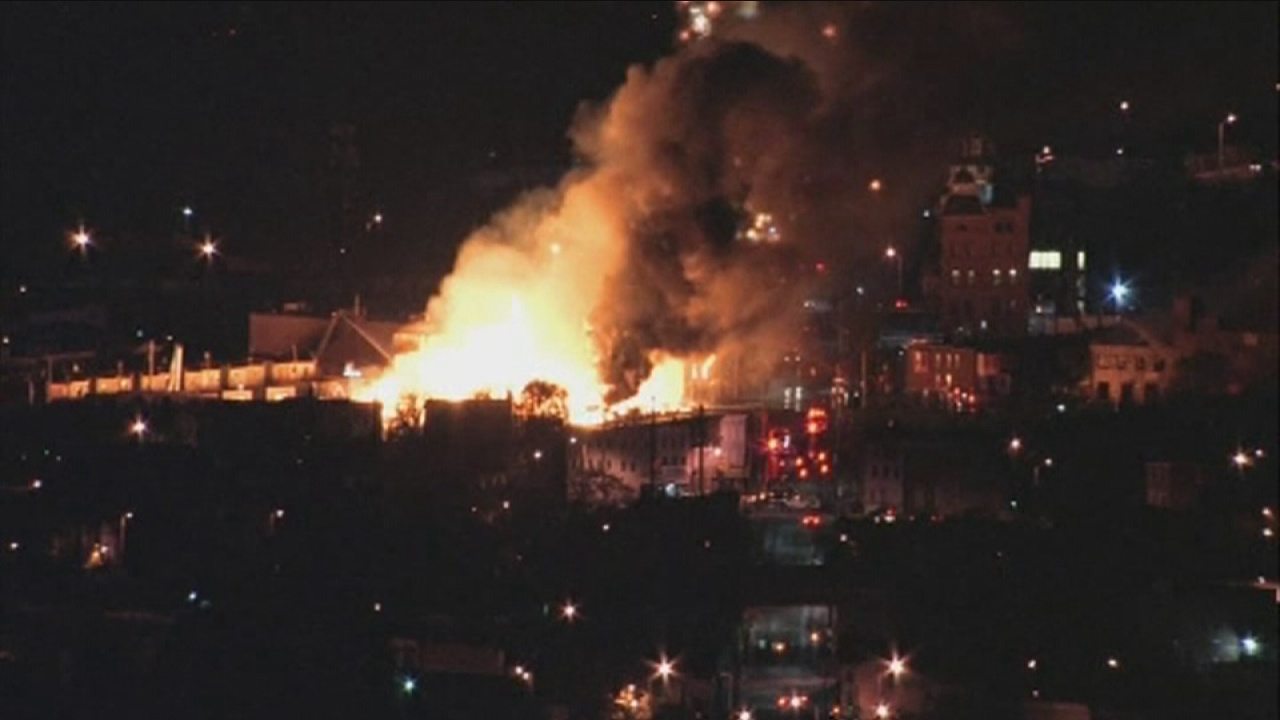 VIDEO: Massive fire in Baltimore
A massive fire engulfed a building in East Baltimore Monday night. Its connection to the rioting in other parts of the city was unclear. 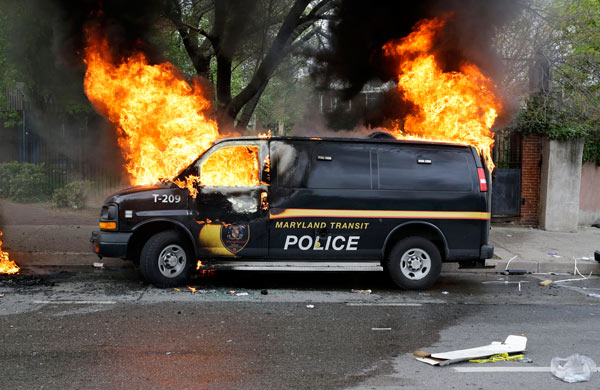 A police vehicle burns, Monday, April 27, 2015, during unrest following the funeral of Freddie Gray in Baltimore.

Baltimore Police: "We are asking for parents to please bring your children home" as violence continues. pic.twitter.com/rjPLdzijWU 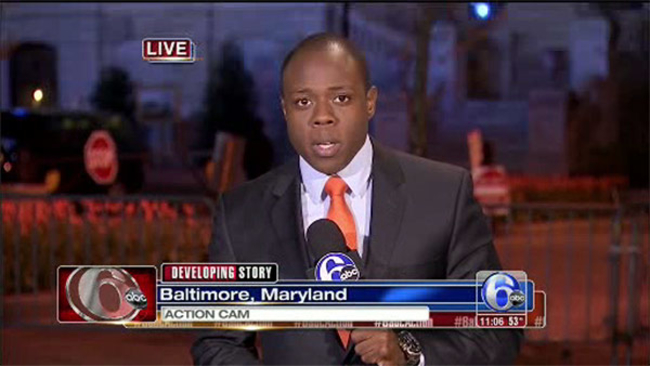 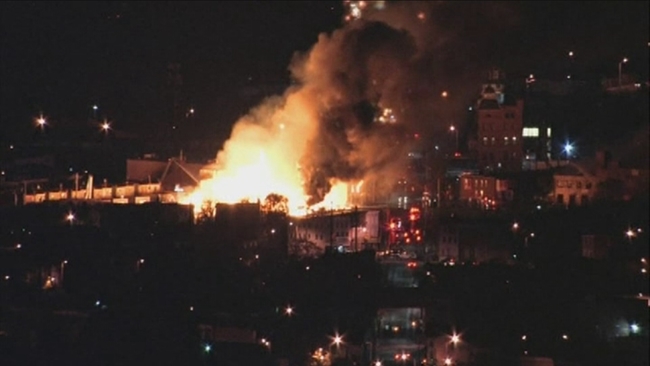