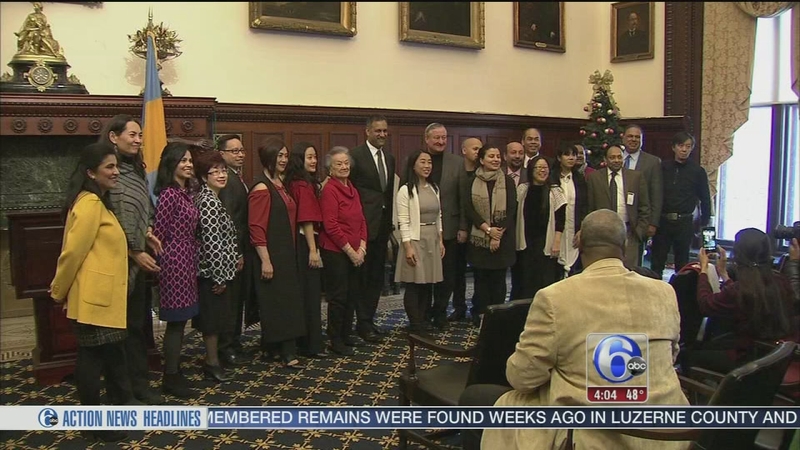 The development comes after a rash of violent armed robberies across the city.

"We have a responsibility to meet your needs, to keep you safe, and to respect your culture and your contribution to our city," said Mayor Kenney (D-Philadelphia).

"There needs to be places in which we build bridges with other communities of color across this city, especially with black and brown communities in our city in particular," said Helen Gym (D-Philadelphia).

A major problem confronting this community is home invasion robberies. They are the most frequently targeted group in this town among those on whom criminals like to prey.

According to police statistics from 2015, 16 percent of Philadelphia's home invasion robberies were committed against Asian households, far disproportionate to the overall population.
This is due to the widespread knowledge that many business owners don't trust banks and related institutions, and therefore lug large sums of cash home for safekeeping."

Commissioners acknowledge the crisis and the difficulties in changing the culture.

"A lot of times people think cash is more solid in comparison to banks, so they're even afraid, a lot of times, to put their money into banks because they've been in countries where the banks have closed," said Judi Rhee-Alloway, businesswoman.

"This so prevalent that its openly discussed, and there's even rap music that raps about how Asian-American homes are targets of burglaries," said John Chin, commission chairman.

With that the revived commission launched into their first session to deal with everything from home invasions to bullying in the public schools.
Related topics:
center city philadelphiaphiladelphia newsasian americanphiladelphia city counciljim kenney
Copyright © 2021 WPVI-TV. All Rights Reserved.
More Videos
From CNN Newsource affiliates
TOP STORIES