WPVI
MORRELL PARK (WPVI) -- The mother injured in Thursday's house fire in Northeast Philadelphia has been upgraded to serious condition.

"She just graduated from kindergarten. They had all the pictures of her on Facebook in her cap and gown. It's really sad," said neighbor Fran Goodfriend.

Both mother and daughter were overwhelmed by smoke after a fire broke out just before 5:30 p.m. Thursday at their home in the 3700 block of South Hereford Lane.

The house is located in the Morrell Park section of Northeast Philadelphia. 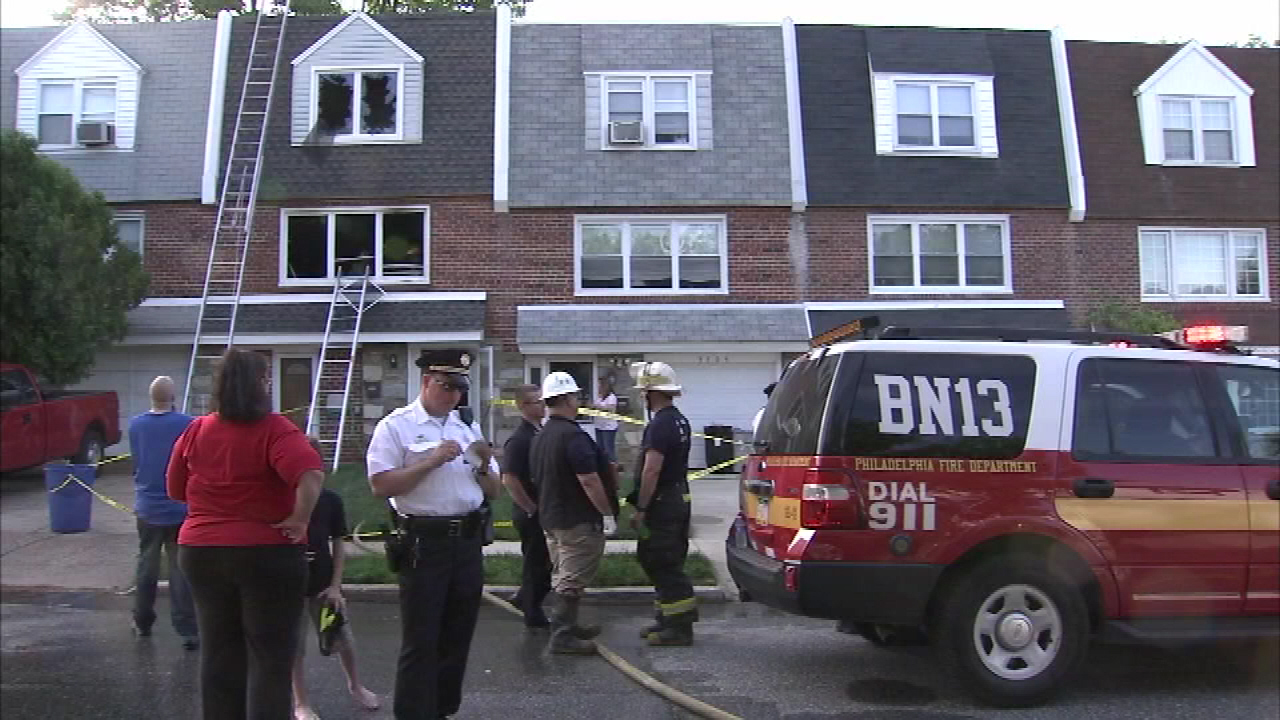 The mom couldn't get to her through the smoke and flames. Nor could two others - an off-duty firefighter and an off-duty police officer, who is also a neighbor.

"Before the fire department arrived we actually had a Philadelphia police officer, who lives across the street, off duty, attempt to make a rescue, but was driven back by fire and smoke," said Fire Commissioner Adam Thiel.

A 40-year-old woman and 5-year-old girl were critically injured in a house fire in Northeast Philadelphia.

An off-duty firefighter also unable to penetrate the smoke to get to the child.

"It was horrible. Her mom ran in there several times to try to save her. She just was coming out black from head to toe. She couldn't breathe," said neighbor Maren DiJoseph. "My heart was just breaking for them."

Firefighters were eventually able to bring the little girl out, and the fire was brought under control just before 6 p.m.

The victims were initially taken to Aria Health/Torresdale. The mother was later transferred to Temple and the child to St. Christopher's.

The off-duty officer was also injured trying to rescue the child. Has has been treated and released from the hospital.

The off-duty firefighter was not hurt.

Fire officials said Friday they were not able to find any working smoke detectors in the home.