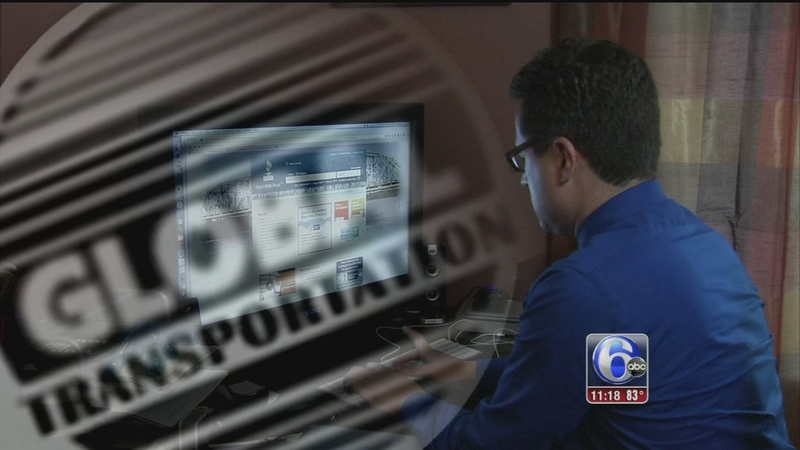 SEWELL, N.J. (WPVI) -- Like a lot of people do, Brian McBride found a moving company online.

He called Global Transportation to move him from suburban Chicago to Sewell, New Jersey.

"They said 'we don't need to come out and do an estimate' and they gave me a price and they collected a deposit of $165 and set a move date," McBride said.

But after the movers began loading, they told him he had more things than was estimated so they'd have to charge him double.

"I just sank because at that point, I knew they had me. I knew I had gotten taken," McBride said.

"I'm furious, that's why I sued them in court," McBride said.

McBride won a default judgement for more than $15,000, but hasn't collected a dime.

Global Transportation appears to be out of business under that name.

"And what we discovered in this particular case was there's two companies working as one," McBride's attorney Andrew Swain said.

His lawsuit was amended to add that Texas-based company as a defendant.

"You can have an individual registering multiple businesses, advertising one, they get bad reviews and then using another company," Swain said.

A court battle to get the money from Allways is pending.

The Texas based company claims it isn't affiliated with Global Transportation, but McBride's attorney says documents show they share an address, common registration for vehicles, and a common principal.

The Better Business Bureau gives it an F.

According to the BBB website, it also uses the names Eco-Van Lines and Eco Movers.

"I'm going to fight until I'm compensated for my damages and every cent is recovered," McBride said.

So what can you learn from this?

- Get a written, binding estimate, or a guaranteed price
- Never get an estimate by phone, a mover should do a walk-through of your home.
- Make sure the mover has the proper registration or license.

In Pennsylvania, movers are overseen by the Public Utilities Commission
In New Jersey, by the state Division of Consumer Affairs.
The US Department of Transportation regulates moves from one state to another.

When we called Allways and identified ourselves as Action News, we were told Allways is no longer in business.

But when we called back and did not identify ourselves, we were told we could get an estimate for a move. We were transferred to a salesperson operating under yet another business name.

Resources to help you hire a reputable mover:

- Make your own list of what's to be moved
- Take pictures of all your property and your rooms.
- Ask about extra fees for stairs, etc.
- Ask about mover's insurance, sometimes your homeowner's insurance will protect you and sometimes it won't. You can purchase your own extra insurance if you need it.
Moving companies often provide coverage by the pound for a rate as low as 60-cents a pound, which is generally not enough if your stuff gets damaged or goes missing