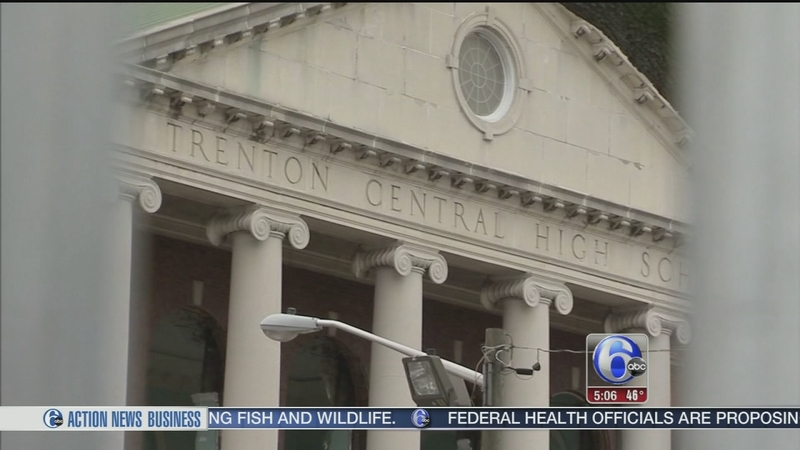 TRENTON, N.J. (WPVI) -- Demolition work on the old Trenton Central High School is causing a lot of concern. Neighbors are worried about what's spewing into the air, and angry about the mess that's being made.

Residents showed Action News home video of the demolition work, which they say clearly shows what they've been putting up with for months: clouds of dust that drift off the site and blanket the neighborhood.

Billie Hayes of Trenton tells us, "We've experienced a lot of noise, a lot of dust. We don't know what we're breathing in. We're very concerned."

Frank Faras, who lives across from the school on Chambers Street, says his porch was painted just this past summer. But there's now a coating of film and dust on his property that has to be cleaned regularly.

Faras has shot a number of videos at the high school and is upset because he says demolition crews don't always spray down the site with water when work is going on.

He tells us, "That's illegal. You can't do that, you have to have water suppression. They're supposed to take the building down piece by piece, not take the whole thing down all at once. That just creates a huge cloud. And that wind is blowing that stuff over here."

Faras says he and other neighbors have complained to numerous state agencies, including the Schools Development Authority, which is heading the project. The SDA tells Action News the site has been the subject of several inspections and no violations were found.

Faras has shown his videos to Trenton's health director, Jim Brownlee, who is trying to organize a sit-down with the parties involved.

Brownlee says, "There absolutely is visible emissions going across the street. There is water being used during the demolition process. That is a reason to bring everyone together and look at the work practices."