VALLEJO, Calif. -- Officials say they don't yet know a motive in the fatal on-air shooting of a reporter and a cameraman from a TV station in Virginia.

The suspect, Vester Flanagan, spent his childhood and professional years in California.

On Wednesday afternoon Amber Bowman, a representative for the Flanagan family, read the following statement: "It is with heavy hearts and deep sadness that we express our deepest condolences to the families of Alison Parker and Adam Ward. We are also praying of the recovery of Vicki Gardner. Our thoughts and prayers right now are with the victims' families and the WBDJ7 News family."

Flanagan, who went by Bryce Williams on-air, was a former employee at the station, WDBJ-TV. Authorities say they don't know if the shooting was racially motivated. Flanagan was black and had formerly complained about racial bias at the station.

According to police, he shot and killed 24-year-old morning news reporter Alison Parker and 27-year-old photographer Adam Ward, his former WDBJ colleagues. Flanagan had ranted about the two on Twitter, accusing them of racism.

The 41-year-old died of a self-inflicted gunshot wound hours after the Wednesday morning shooting. Virginia State Police say troopers had pursued him on the highway, but he sped away and crashed.

Dan Denison, the former WDBJ news director who hired him and later fired him for performance issues in 2013 had this to say about Flanagan, "It was the only time I will tell you that it was recommended that I have a police escort out of the building in a termination procedure and did have it. And he was escorted by Roanoke police out of the building because he was not going to leave willingly or on his own free will."

Flanagan was raised in the Bay Area and lived there as recently as three years ago. Much of his family, including his father and sister, still lives in Vallejo.

"I can't believe it, I'll never believe it, but it happened," said resident Virgil Barker.

Like so many, Barker was shocked when he saw what happened to a Virginia news crews on live TV and then he heard the name of the suspect - Vester Flanagan - a former neighbor he's known since childhood.

Flanagan grew up in Oakland and attended Skyline High School where a classmate said he was a popular, outgoing student who was named to the homecoming court in 1989.

"Vester was a year behind me at Skyline," said Chris Dobbins, who was senior class president at Skyline when Flanagan was a junior. "It's unbelievable, cause Vester's such a happy person. He was our prom king his junior year. At the time, everybody loved him."

After graduating from Skyline, Flanagan went on to San Francisco State University and then to KPIX, where he was an intern and a part-time writer.

Most recently, he worked as a reporter under the name Bryce Williams in Roanoke, Virginia.

Flanagan's father and sister live in Vallejo, where neighbors expressed their sorrow for all involved, including Flanagan.

"He was a soft-spoken person, he was a gentle giant; he was definitely a hermit, he was always in his house," said Vallejo neighbor Rui Pimental.

Fellow neighbor Ajeet Singh added, "Tragedy, it's just sad, sad. I mean, I saw the brief video clips of it and what happened is just mind-blowing."

Two hours after the shooting, ABC News received a 23-page fax from someone claiming to be Bryce Williams. In the document the writer says "MY NAME IS BRYCE WILLIAMS" and his legal name is Vester Lee Flanagan II." He writes what triggered today's carnage was his reaction to the racism of the Charleston church shooting:

He went onto write, "I've been a human powder keg for a while," adding that his anger has been building steadily.

The fax was handed over to authorities and out of an abundance of caution the NYPD has increased security outside TV stations in New York City, including WABC.

The two victims worked together every morning for a little over a year and colleagues say they both came into work with smiles on their faces.

Parker's boyfriend, an anchor at the station who is from the Philadelphia area, tweeted they were very much in love and had just moved in together. They had plans to get married. The couple recently celebrated an anniversary.

"When we had our six month anniversary she made a scrapbook for me and put in all of the pictures that we spent together for the first six months," said Parker's boyfriend Chris Hurst.

Ward was engaged to marry the producer, originally from Gibbstown, New Jersey, who was in the station's control room when the shots were fired. On Wednesday, her colleagues were going to celebrate her new job before the two moved away. 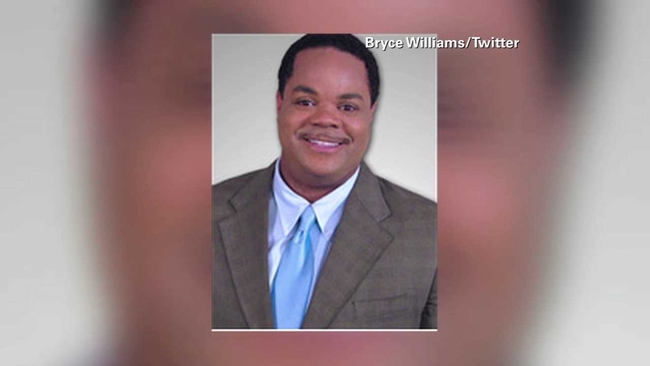 Suspect in WDBJ TV crew shooting was 'an unhappy man' 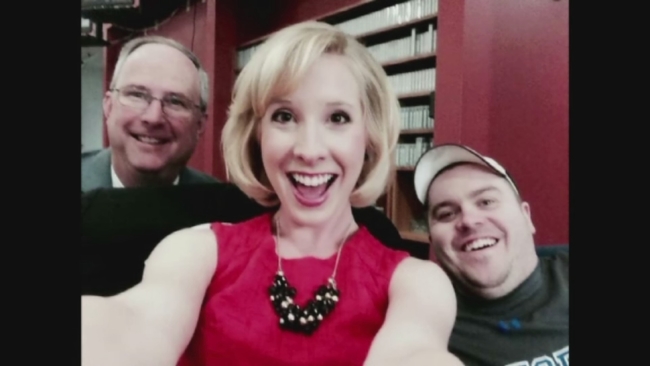