Nevermind! It Turns Out the Guy Who Tested Positive for MERS Doesn't Have It 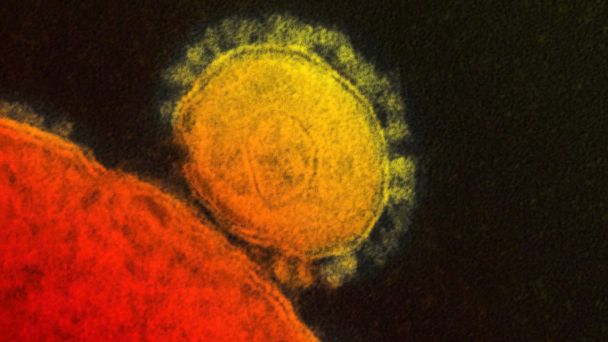 An Illinois man who tested positive for MERS after shaking hands with an infected business associate never had the deadly virus, health officials said today. Rather, he received a "false positive" test result, raising new questions about the transmissibility of MERS and the tests used to spot it.

The man, whose name has not been released, tested positive for antibodies to the MERS-causing coronavirus May 16, two weeks after a health care worker from Saudi Arabia dubbed the "Indiana patient" became the first person with MERS on U.S. soil.

"Our experts have now concluded that the Indiana patient did not spread the virus to the Illinois resident," Dr. David Swerdlow, associate director for science in CDC's National Center for Immunization and Respiratory Diseases, said in a media briefing today.

Learn more about the Indiana patient.

The Illinois man never developed symptoms and tested negative for viral DNA May 5, but parts of a second "serological" test came back positive, Swerdlow said. The serological test looks for antibodies to the virus in the blood.

"The results from these tests are not black and white but require interpretation," Swerdlow said. "It's our job to move quickly when there's a potential threat. We will continue to err on the side of caution."

The news of the false positive means that the only two known U.S. MERS cases were imported from Saudi Arabia, where 186 people have died from the infection.

"Real risk is a virus that has a 30 percent mortality rate," Swerdlow said, defending the Centers for Disease Control's decision to announce the Illinois man's preliminary test results. "You really can't take any chances."

Find out how a handshake boosted fears of MERS.

The possibility that the Illinois man had become infected after a 40-minute business meeting sparked fears that the virus could spread more easily than previously thought.

"There is good news here," ABC News chief health and medical editor Dr. Richard Besser said. "It was concerning that this man supposedly got infected through minimal contact - a couple of meetings and a handshake. Now that it's clear that he was not infected, we're back to a situation where those who have been infected have either been health care workers caring for MERS patients or close contacts, often family members."

Besser stressed that "no blood test for an infectious disease is perfect," adding that "all are at times falsely positive and falsely negative."

The CDC will continue to monitor the close contacts of the Indiana patient and the country's second MERS patient, an Orlando man, who is also a health care worker in Saudi Arabia. The agency has contacted "almost all" of the people who shared flights with the men, according to the media briefing.

"We remain aware that MERS-CoV [coronavirus] can and likely will enter our country again," Mark Pallansch, director of CDC's division of viral diseases, said today.

Learn more about the history of MERS.