New images of suspects in attack on Philadelphia school officers

The incident occurred around 3:30 p.m. Monday on the corner of Cottman and Castor. 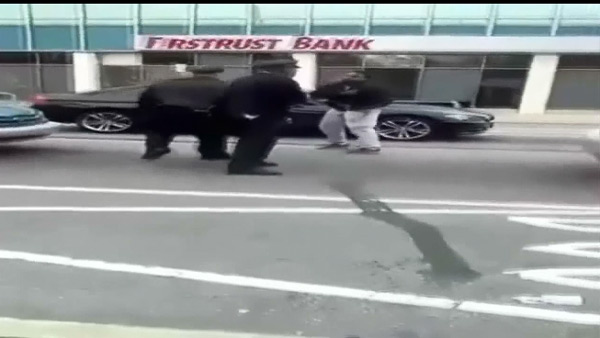 The officers then noticed two adults assaulting a student.

"Those school officers intervened in attempting to stop the assault of the student, when they do so, the two offenders that are involved in this shift their focus onto the school police officers," Lt. John Stanford said.

Police say an argument ensued between the school officers and the adults.

One of the adults then pushed and shoved the officers.

The officers began defending themselves.

That's when one of the adults threw one of the officers to the ground. Another suspect punched the second officer in the face.

Police say a third male joined the other adults and all three began to assault the officers.

Witness Baher Alfroukh says he watched the whole thing unfold outside of his pizza shop.

"I tried to break up the fight, but there were too many guys. I went inside and called 911," Alfroukh said.

When it ended, the males ran away and the officers were left in need of medical assistance.

On Tuesday night, Philadelphia police released the cell phone video of the incident.

"It's very disturbing, you have adults that are not only about to assault students, but they also get into a fight with our school police officers," School District of Philadelphia spokesman Fernando Gallard said.

The district says neither officer was armed.

"We're going to work real closely with Northeast Detectives to get some witness statements and some other investigations going on to find them," Brenden Lee, the Executive Director of Philadelphia School Safety, said.

Gallard said the officers were doing their job.

"Their job is to walk the neighborhood when students are released from school," Gallard said.

The third suspect is described as a black male, 6', thin muscular build, wearing a gray hooded sweatshirt, and black pants. 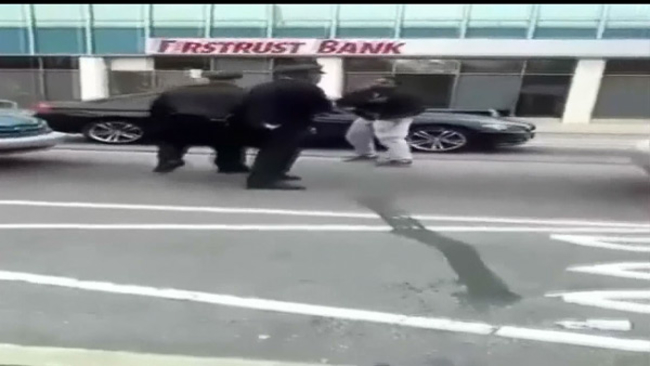