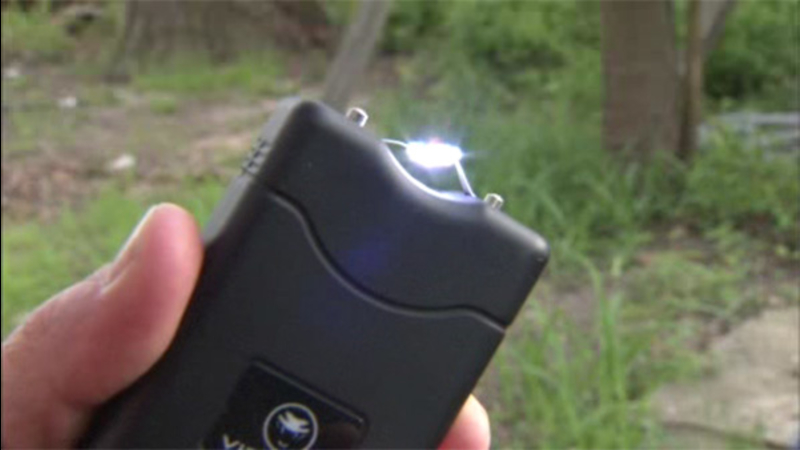 WILLIAMSTOWN, N.J. (WPVI) -- Williamstown resident Louis Dougherty and his mother, Deborah, say a package addressed to his 12-year-old brother came in the mail Saturday. Inside was a stun gun able to deliver 22 million volts of electricity.

It turns out, the 7th grader, whose name we're not releasing, ordered the weapon on Amazon.com for $11, using an Amazon gift card - without his mother's knowledge.

"He would have opened it and God knows what he would have done with that. I know he think it's a joke because we know how kids are," said Deborah Dougherty, mother.

"He's not a bad kid or anything. He just saw what was able, he tested the system and he was seeing what he could do," said Louis.

The fact that a stun gun was mailed to a 12-year-old is troubling and it's very illegal in the state of New Jersey where it's also a crime to even possess the weapon.

In a state that has some of the strictest laws on stun guns in the country, it's a 4th degree crime that could come with 18 months in prison and a $10,000 fine.

The stun gun was shipped from Dynamic Deals HQ, an Amazon.com vendor which sells all types of Tasers and stun guns on the site.

Amazon has a notice online that states sellers must comply with all applicable federal, state and local laws when selling weapons or any other product.

Action News reached out to their customer service and a representative told us once the shipping address is typed in, there are safeguards to prevent someone from shipping stun guns to states like Jersey.

But we could clearly see the Garden State zip code on the packaging.

"Kids can get anything online and it's messed up because this could hurt other kids," said Deborah.