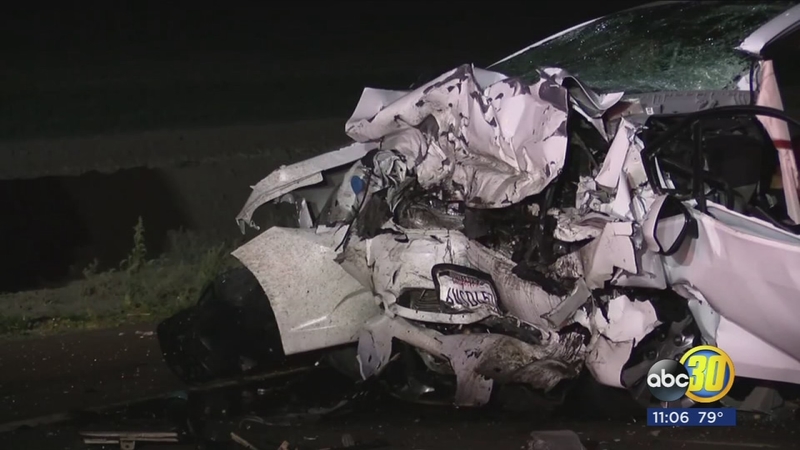 FRESNO, Calif. (WPVI) -- A pregnant woman involved in a head-on crash near Fresno, California went into early labor due to the impact of the wreck and died. Her baby was delivered but also ended up passing away.

The crash happened near Five Points just after 7 p.m. on Sunday.

Investigators tell KFSN-TV that 18-year-old Joanne Delgado from Kerman crossed the median near Highway 145 and Elkhorn, for unknown reasons and collided with another vehicle. The force of the impact caused Delgado to give birth prematurely. She was six to nine months pregnant and she died at the scene.

That baby died at the hospital on Monday morning.

The other driver, 24-year-old Adriana Romero from Five Points, also died at the scene.

"It's never easy coming to these traffic accidents. But to see something like that where a child is born prematurely and potentially sustain fatal injuries as a result of the accident, it's heartbreaking," said Sgt. Mike Trenhomlm, CHP.
A 10-year-old boy was also in the car with the Delgado. He remains in the hospital with major injuries.