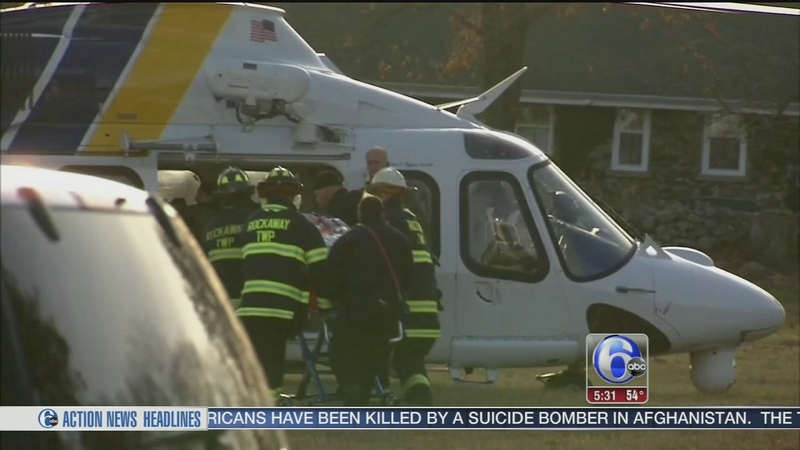 TRENTON (WPVI) -- A New Jersey scout leader is recovering after being attacked by a bear.

It started out as a pleasant day for 50-year-old scoutmaster Christopher Petronino of Boonton.

He, his son and two of his friends were hiking near Split Rock reservoir in Rockaway, Northern New Jersey when Petronino saw a cave he'd just been in last month.

When he lowered himself down the bear reacted and for the next hour and twenty minutes Petronino was trapped underground with the animal.

The three boys called 911 and the search was on.

"It might have helped him play dead because again the bear felt threatened in its den site. It had no escape route," New Jersey Fish and Wildlife Director Dave Chanda said.

While rescue crews searched for them in the woods, at Petronino's direction the scouts tried to lure the bear out of the cave with snacks and bananas.

The bear eventually left on his own, but Petronino suffered some severe lacerations.

Petronino's injuries are not life threatening.

The three scouts were unhurt and officials are praising the way they handled this frightening situation.

"I'm sure it's the training they received as scouts. They were able to implement to save the life of their own scoutmaster. I can't praise them enough," Rockaway Police Chief Martin McParland said.

"It's a good thing to understand where bears may den up and stay away from those locations. In this case it was a tragic accident, but folks should be aware that bears are in the area when they're in Northwest Jersey," Al Ivany of New Jersey Fish and Wildlife Director said.

In fact that area of the state we're told has the most dense bear population per square mile of anywhere in North America. All the more reason that being "bear aware" is so necessary.