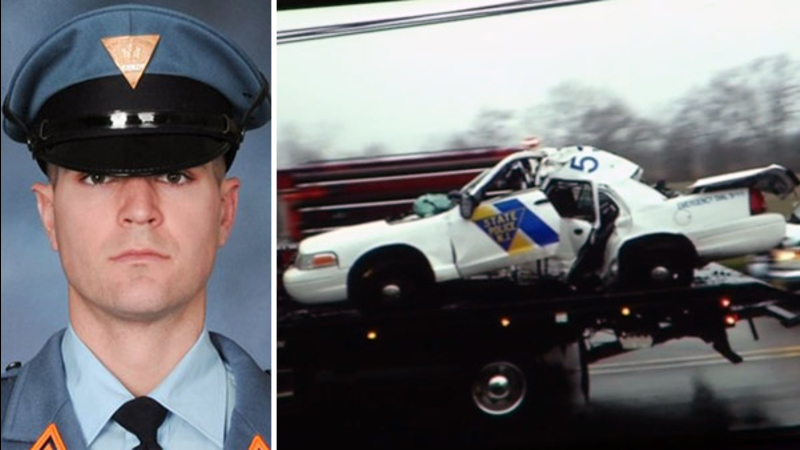 QUINTON TWP., N.J. (WPVI) -- A New Jersey state trooper died in a single-vehicle crash Thursday morning while responding to a report of a juvenile in mental distress in rural Salem County.

Trooper Eli McCarson, 30, was traveling on Quinton-Alloway Road near the intersection of Route 49 when the accident happened around 10:45 a.m. in Quinton Township.

"I heard like a tire screeching on the wet road and then the impact," said witness Joe Fahrner.

Fahrner tells Action News he was in his house across the street when he looked outside and saw the trooper's cruiser wrapped around a large high-voltage utility pole.

"And the guy was pinned in the car pretty bad," said Fahrner.

McCarson was trapped in his vehicle for a short time, police said, while rescuers worked to pry open the jammed doors.

He was taken to Salem Hospital where he was pronounced dead just after noon.

The cause of the crash is under investigation, but residents said the sharp curve at the accident scene has been the sight of numerous accidents during the years.

"Since I've been here at least 30 or 40 of them right here. I think there have been three deaths right in that area that I know of," said Fahrner.

McCarson worked out of the state police Woodstown Station where his colleagues were said to be devastated upon hearing the news of his death.

"This is a tragic loss for us, made even worse during this holiday season, but I know the troopers will not flinch," said Col. Rick Fuentes in a statement. "They will continue their duties and answer every call with others in mind, just as Trooper Eli McCarson was doing when he gave his life in the line of duty."

McCarson is the second New Jersey state trooper to die in a traffic accident this year while on duty. 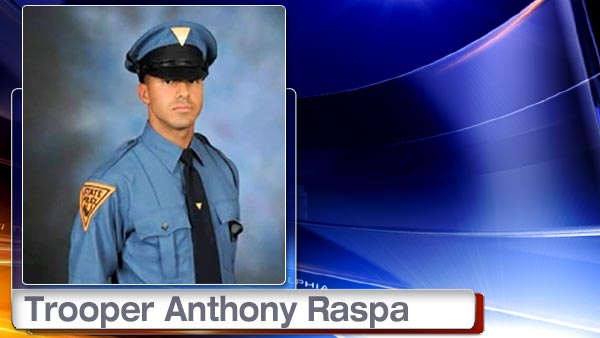 Last May, 24-year-old Anthony Raspa was on patrol on I-195 in Upper Freehold Township when his cruiser struck a deer.

The car veered off the roadway into the woods striking some trees.

Trooper McCarson graduated from the academy in February. He recently got married in September and just turned 30 this month.