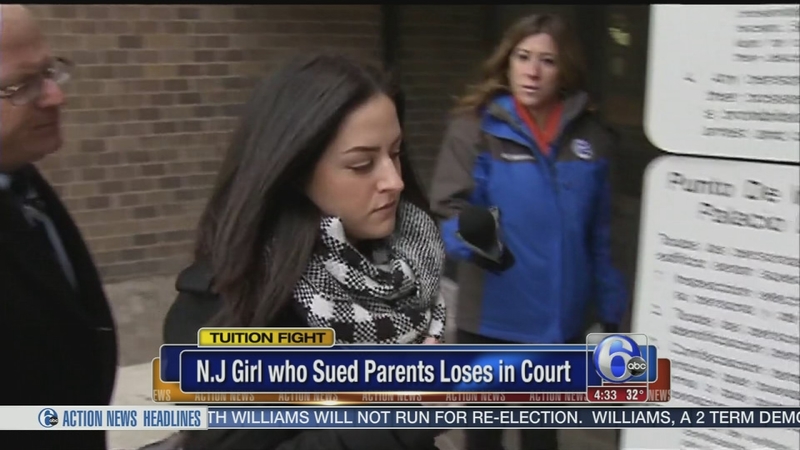 CAMDEN (WPVI) -- A South Jersey college student who sued her estranged parents for college tuition has lost a court battle.

Ricci had asked a judge to force them to pay $16,000 for her out-of-state tuition at Temple University.

In December 2014, Maura McGarvey and Matthew Ricci refused and then appealed that decision to a higher court.

On Friday, a judge found in the parents favor.