No charges against NJ cop who struck, killed boy with car 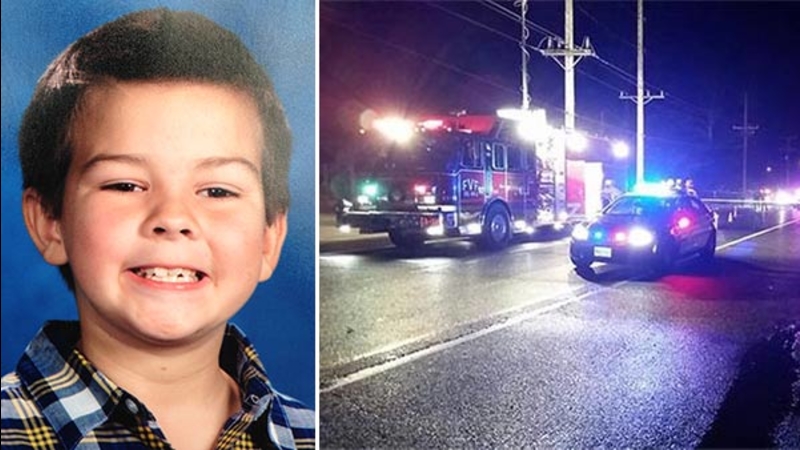 VIDEO: No charges against NJ cop who fatally struck boy with car

FRANKLIN TWP., N.J. (WPVI) -- New Jersey authorities say they will not file charges against a police officer who struck and killed a 10-year-old boy with his squad car last month.

He was one of three officers speeding to a non-emergency call on a wet roadway around 7 p.m. on Dec. 28.

Authorities say three boys were running along the road heading to a sleepover.

Police say an older boy ran across the road, and yelled that a car was coming. Ten-year-old Matthew McCloskey ran into the road and was hit by the police car.

"It was not reasonable for [Locilento] to foresee that he would encounter a young boy running in the roadway where this accident occurred. The investigation reveals that this was a tragic accident and not the result of criminal wrongdoing," according to a statement from Gloucester County Prosecutor Sean Dalton.

The prosecutor's office said the patrol car's headlights were on but the lights and sirens were not activated. Though Locilento was responding to a non-emergency call, it required an "immediate response" to keep the situation from escalating - but that response does not require lights and sirens, the prosecutor said.

Investigators say Locilento was driving at 74 mph in a 50 mph zone. The prosecutor said that, according to New Jersey law, officers may exceed the speed limit in the performance of their duties as long as they "exercise due caution and not recklessly disregard the safety of others."

The office also says he tried to give emergency aid to the boy, who was declared dead at the scene.

The officer's actions are still subject to an administrative review. The prosecutor's office said it would also study whether police should be required to have emergency equipment on whenever they're exceeding the speed limit.

Matthew was the youngest of four children and was in fifth grade at Reutter Elementary School.

Ironically, Matt's grandmother says he wanted to become a police officer, and had even attended police camp over the summer.

Neighbors say he was a "delightful kid."