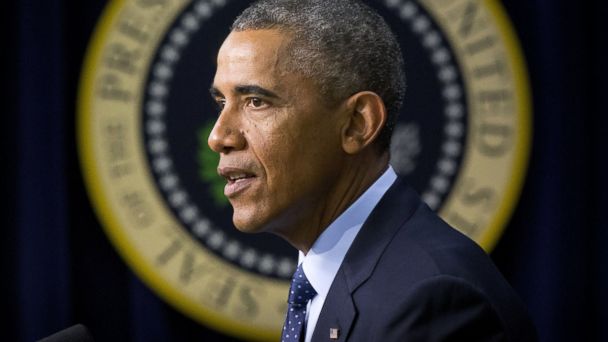 The Obama administration's new drive to battle the ideology of ISIS using social media is falling short of expectations and its potential because the White House was late to the game, disregarded the work of the previous administration and hasn't properly funded the effort, some experts and government officials say.

A major part of the new anti-ISIS tactics, run by the State Department's Center for Strategic Counterterrorism Communications, is an English-language social media campaign called "Think Again, Turn Away," which features rapid responses to pro-ISIS rhetoric and sarcastically toned YouTube videos intended to mock ISIS' fundamentalist intentions. Some of the videos have been criticized as amateurish and ill-suited to their intended targets.

One recent "Think Again, Turn Away" video facetiously urged would-be jihadists to "run, don't walk" to join ISIS and kill fellow Muslims. Tweets from the campaign's Twitter handle, clearly branded a U.S. government effort, frequently include images, like an old picture, tweeted on Sept. 11 of this year, of the late Osama bin Laden hiding in his compound with the words "Would you throw away your life for those who hide far away?"

Such a tactic may have been effective with core al-Qaeda operatives, but less so with the more diffuse groups of today, critics say.

The tone and content of the "Think Again, Turn Away" postings do not appeal to the campaign's key demographic, said James Glassman, the Bush administration's last Undersecretary of State for Public Diplomacy and Public Affairs who worked with the 2008 Obama team as it transitioned into office, and who championed the use of diplomatic resources to counter extremism, in fact helping start a more informal version of the Center for Strategic Counterterrorism Communications.

"The kind of person who joins ISIS or AQ who's in his late twenties is not a particularly rational person at that stage in his life. And to say, 'Hey, think again'; I'm just a little bit dubious about it," he said.

But former public diplomacy and counterterrorism officials from the Obama and Bush administrations say the program could be much more effective against ISIS now if the White House had been more supportive of its mission back in 2010, when officials from State, DOD, the intelligence community and elsewhere started working together to combat al Qaeda's digital communications.

One former State Department official with knowledge of the formation of the Center for Strategic Counterterrorism Communications said the specialists working on this task sought to make it a permanent, more robust part of the State Department's public diplomacy apparatus but the White House's National Security Council originally wasn't interested.

"They tried to cut it off at the knees at every step," the official said of the NSC's inertia on the issue.

After several false starts, the official said, then-Secretary of State Hillary Clinton intervened directly with President Obama, explaining to him the importance of having a centralized group dedicated to countering extremist ideology - mostly from al Qaeda at that point - on their own digital turf, including chat rooms and other digital forums.

"The president got the briefing and said, 'Why aren't we doing this already?'" the official recounted, saying advocates of the program like Clinton and Daniel Benjamin, the coordinator for counterterrorism at State from 2009 to 2012, pushed the hardest for the president to officially charter CSCC as part of the State Department's Bureau of Public Diplomacy and Public Affairs, which he did by executive order in September 2011.

An Obama administration official denied that the State Department took the plea directly to the president. "This is an initiative that we prioritized internally and on which the NSC has worked tirelessly to establish and push forward," the official said.

Several former administration officials said part of the resistance was because other agencies like the National Counterterrorism Center were wary of the State Department's taking ownership of what they believed was their domain, even if the CSCC is an inter-agency program, meaning it includes officials from all over the government.

"Inter-agency efforts make sense because all the stakeholders contribute and you avoid stepping all over each other. The downside is agencies always protect their turf," Tara Sonenshine, the Undersecretary of State for Public Diplomacy and Public Affairs from 2012 to 2013, said. Bush-era public diplomacy officials who worked with the Obama transition team in 2008 said Obama was reluctant to engage in anti-Islamist communications because it clashed with his strategy of reaching out to Muslims who may have been alienated by Bush's more aggressive tactics.

"The assumption is, the evil Bush administration and militarized strategy was toxic to Muslims so we had to show ourselves as friendly," Mike Doran, the Defense Department's public diplomacy chief from 2007 to 2008, said of the Obama team's mindset.

"We thought that we were engaged in not just a physical struggle but an ideological struggle" against Islamist extremists, Glassman, who helped popularize the phrase "war of ideas," said. "I was told by the transition people [in late 2008], 'We don't use that phrase,'" he said.

William McCants, the Clinton State Department's senior adviser for countering violent extremism (CVE), said he disagreed with both Bush and Obama's approaches because they were too quick to frame the issue as affecting all Muslims, not just a small percentage of evildoers.

But regardless of the approach, he said, neither effort was well-funded.

For the past three fiscal years, funding for CSCC has hovered around $5 million, although it's possible funding will increase as part of Congress' continuing resolution to fund the government that it has to pass in December.

Current and former State Department officials praised the CSCC's work in their work countering extremist rhetoric abroad, especially their work in foreign languages and combating core al Qaeda, which was more robust when the CSCC started its work.

But the organization appeared to be so under-resourced, and pulled in so many directions, that it was not even working on social media strategies for ubiquitous platforms like Twitter as late as mid-2012.

"We are focused overseas in foreign languages and not in English and not in something like Twitter, which is very narrowly defined; that is not an area where we work on a regular basis. Al Qaeda doesn't use Twitter," CSCC coordinator Alberto Fernandez said in testimony before the House Foreign Affairs subcommittee on terrorism in August 2012.

Some committee members seemed surprised to hear that the Obama administration's marquee organization for strategic counterterrorism communications wasn't operating in those two spaces.

"The English language is international. And preventing someone fluent in English from becoming radicalized may be many times more important than preventing someone else from being radicalized," said Rep. Brad Sherman, D-Calif., adding that it was hard to criticize Fernandez's group for not doing more because they had so many responsibilities and so little funding.

Added Rep. Jeff Duncan, R-S.C.: "I do think the Department of State and your center do have some jurisdiction in this as regard to what foreign nationals do use Twitter for. And they are absolutely using Twitter."

"Think Again, Turn Away" began tweeting at the end of June of this year. And in a recent interview with NPR, Fernandez acknowledged that English-language social media tactics against ISIS - in a space their operatives have been using more frequently to recruit Westerners - is still in a nascent phase.

"In English, of course, we just started," Fernandez said. "You know, we started basically in late July. So it's a little early to talk about effectiveness."

Officials at any federal agency would undoubtedly say their mission could use more money. But McCants said if the Obama administration would widen CSCC's budget just a bit, it could hire more experts in public diplomacy and strategic communications, like political operatives or satirists, which wouldn't cost much more but could make a big difference.

"If you had money you could really bring in an amazing array of people that could enhance the effectiveness of the program," he said.

Richard LeBaron, who ran the CSCC the year before it became an official part of the State Department, agreed that the administration could get a lot more bang for its buck, likening operatives' skills to those of a Navy SEAL, but much cheaper.

"If you want a cadre of people over time with special operations level, SEAL-team level skills and you want that to be sustained," he said. "We've got to be spending more than we're spending now."