32-year-old Rafael Ali was a 10-year veteran of the force who served in the 39th District and a father of two. His daughter's birthday was Sunday.

The crash happened at 11:45 p.m. Saturday in the 6000 block of Henry Avenue near DuPont Street in the Roxborough section of Philadelphia. 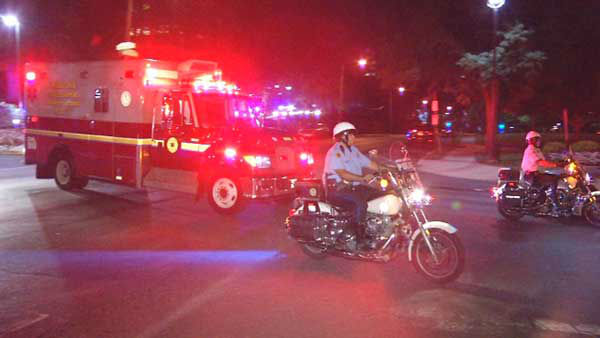 They say Ali was off-duty - he had finished his shift at 6:00 p.m. Saturday - and was not on his way home from work at the time.

Accident investigators say there is no indication that alcohol played a part in the crash that killed Ali, but that speed did appear to be a factor.

Captain John Wilczynski of the Philadelphia Police Accident Investigations Division said it was not clear how fast Ali was going. The speed limit in the area is 35 mph.

Wilczynski said the crash happened near a curve and raised the possibility that Ali may have fallen asleep at the wheel, but stressed there is no evidence so far to support that conclusion.

Police have found no witnesses to the crash, and there are no surveillance cameras in the area.

The Action Cam recorded images of the extensive damage to the truck early Sunday morning.

Police say there was so much damage they were unable to determine if Ali was wearing a seat belt.

Officials say responders had to work to free him from the truck.

Wilczynski said Ali was unconscious when officers first arrived on the scene and never regained consciousness.

He was taken to Einstein Medical Center, where he was pronounced dead shortly after arrival.

The officer's body was then escorted from the hospital to the medical examiner's office in an ambulance.

Officers at 39th District headquarters told Action News Ali was a well-respected sergeant and a leader in the department.

His colleagues remain in shock.

"I just talked to him yesterday, that was two hours prior to what happened. I've talked him every day," Sgt. Lamonte Gambrell said.

Ali worked his way up the ranks. As of late, he was studying for the lieutenant test. A fellow sergeant, Gambrell says his friend looked out for new officers.

"Sometimes we have a generation gap. He was a supervisor so he could talk with them about what to do and what not to do. He was really good with that," Gambrell said.

Investigators haven't ruled out if he was possibly texting or had a medical emergency at the time.

Black bunting is expecting to go up on Monday in front of the 39th district building in his honor.

Ali is the second Philadelphia police officer killed this year.

The first was Sgt. Robert Wilson III, who was shot and killed in the line of duty in March as he tried to stop a robbery in progress at a North Philadelphia Game Stop store.

Wilson was with the 22nd District.

Last August another officer from the 39th District lost his life in a crash. Officer Seth Stellfox was killed in a motorcycle accident. 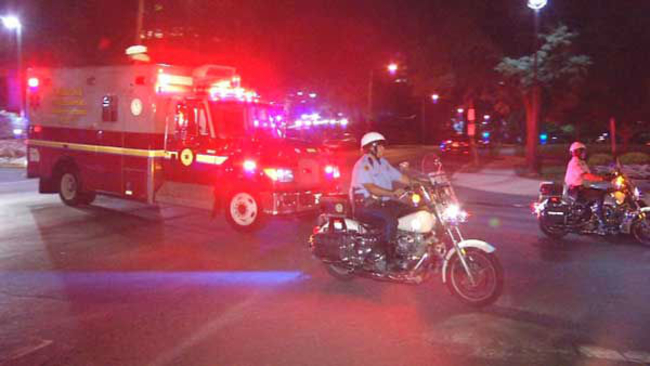