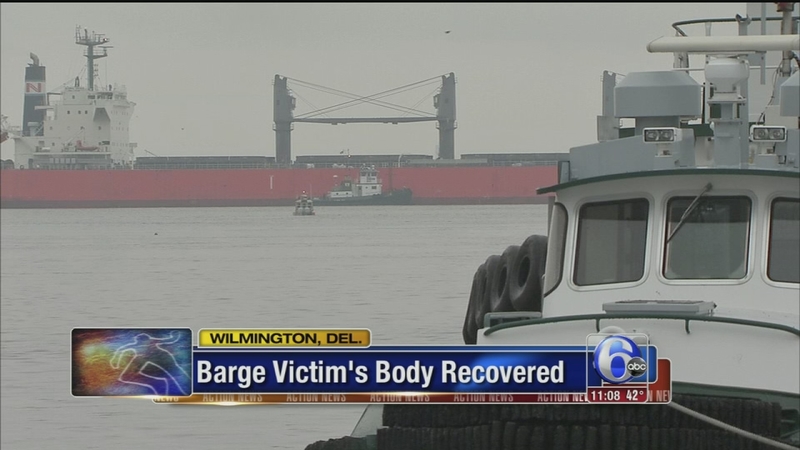 WILMINGTON, Del. (WPVI) -- A Wilmington official says that the body of a missing crew member has been recovered from a capsized barge in the Christina River.

The victim is identified as 25-year-old Emanuel Gatling.

The barge capsized Tuesday night near the Port of Wilmington. Officials say his body was found in the cabin vessel.

An employee from Norfolk Dredging Company said Gatling was inside the operators house when the barge flipped.

Fire Department and Coast Guard boats went out shortly after the sun came up Wednesday morning to continue the recovery mission.

Deputy Chief Michael Donohue of the Wilmington Fire Department said, "It's definitely dangerous work. It's a big river out there and it's just an unfortunate accident."

Just before 7:00 p.m. Tuesday an employee with Norfolk Dredging Company called the Coast Guard after a barge capsized on the Christina River saying three crew members were missing.

Deputy Chief Donohue says, "He was inside the operator's house when the dredge capsized."