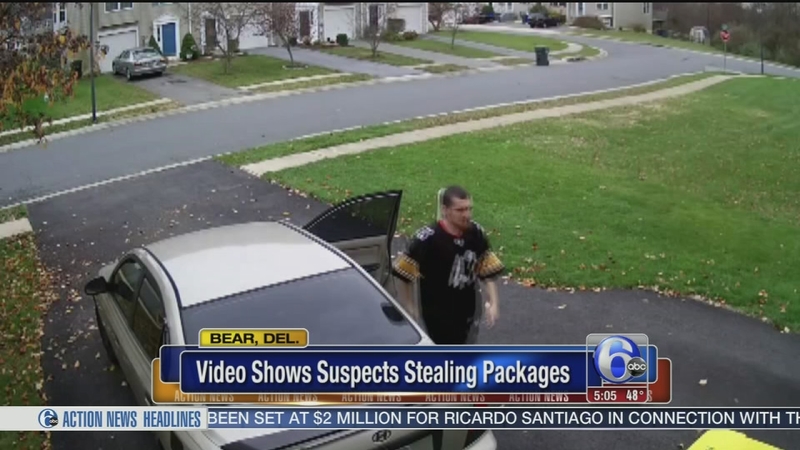 But police have released crystal-clear surveillance video from a home in Bear, Del. of them in the act.

It shows a UPS driver dropping off three boxes on Monday, then driving away.

Just six minutes later, a silver car drives past the home, then reverses and backs into the driveway.

A man in a Steelers jersey gets out of the passenger side and puts the delivery into the car before driving off.

Police say that man was 21-year-old Michael Leary, and that 25-year-old Brandon Toney was behind the wheel.

Officers have warrants out for both of their arrests. Police say both men also have other warrants for their arrest as well.

Meanwhile, New Castle County police have released a video with some tips on how to keep your packages from being stolen this holiday season.