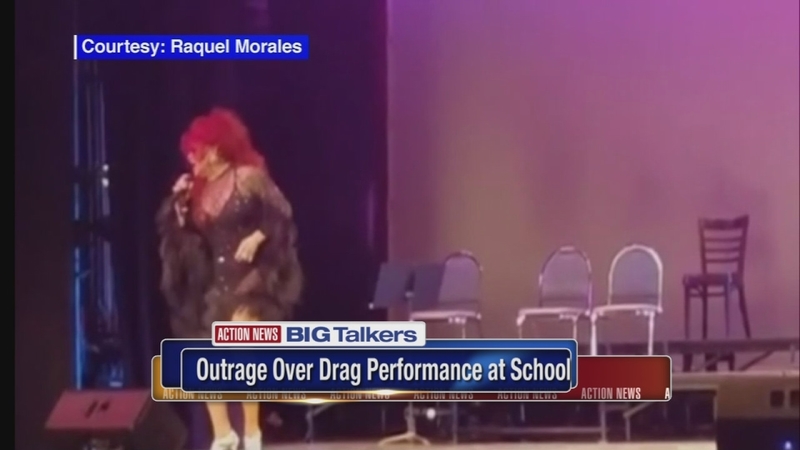 NEW YORK CITY (WPVI) -- A New York City school talent show ended in controversy after an outlandish performance from the PTA president ended with many in attendance walking out.

It was billed as a talent show for students across Manhattan's District 4, and it included choir and piano performances including from a kindergarten class. But what audience members didn't expect was a drag performance for the show's big finale.

The performance was described in the program as a "special surprise performance" during the talent expo at Museo Del Bario in Harlem last Thursday, with students from PS 96 joining in the routine. It included bends, splits, wiggling and what was described as tongue gyrations.

The goal was to promote tolerance, but it backfired when parents ended up outraged. The mother who took the video said about half of the spectators walked out, and she doesn't understand why it was included in a room filled with hundreds of kids.

"They knew since December this performance was going to happen," Raquel Morales said. "If they wanted to bring about awareness, then they had enough time to make sure that the awareness was done in a proper way for the proper audience."

The New York City Department of Education released the following statement: "The content of the performance was inappropriate, and a school administrator has spoken with the parent. Mr. Quinones has served the maximum number of terms permitted as PTA president, and the school will host an election later this month to select a new president. The superintendent will continue to meet with parents and review the process for vetting performances at district events."