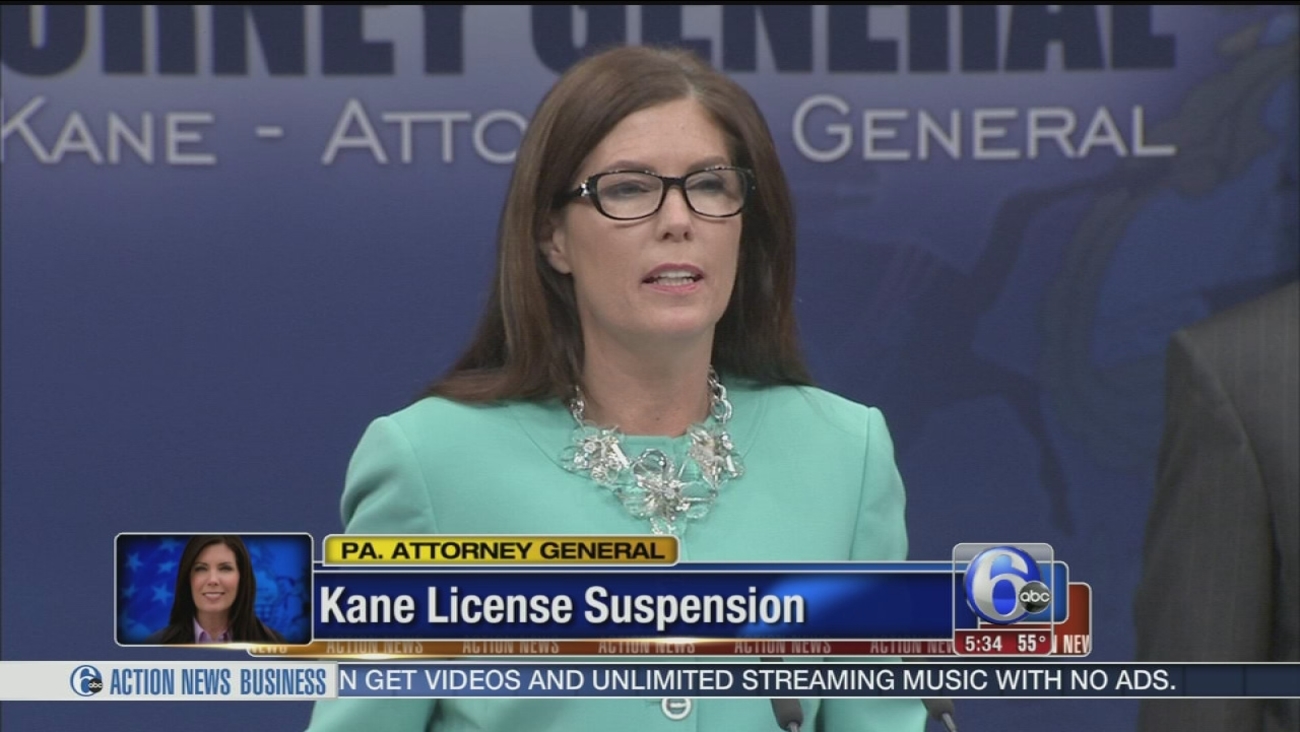 Kathleen Kane will not allow a suspended law license stop her from working. (WPVI)

Friday's announcement comes a day after the suspension of the Democrat's law license took effect as she fights felony perjury charges.

He says a finding that she can't perform the office's duties could lead to exploring a never-used constitutional provision that allows the governor and two-thirds of the Senate to remove public officials.

The state Supreme Court voted unanimously last month to suspend Kane's license. She remains in office and says she'll continue to perform most of her official duties.