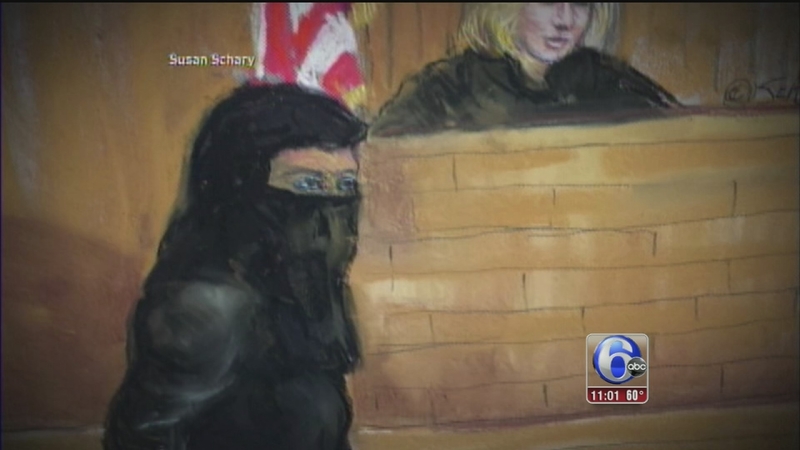 PHILADELPHIA (WPVI) -- A Philadelphia woman has been arrested and charged with planning to join the terrorist organization ISIS.

Only Action News was there last Friday when FBI agents raided the suspect's home on North 10th Street in Spring Garden.

Federal prosecutors say Thomas knowingly attempted to travel overseas in order to join, fight with, and martyr herself on behalf of ISIS.

Investigators say she did online searches for indirect travel routes to Turkey, which is where most foreign ISIS fighters enter Syria.

They say she also purchased an electronic visa to Turkey.

Last week, prosecutors say Thomas bought airline tickets to fly to Spain. That's when they moved in and raided her home.

The case was investigated by the FBI's Joint Terrorism Task Force and the Philadelphia Police Department.

She is charged with attempting to supply material support and resources to a foreign terrorist organization.

She was informed of the charges and the court appointed a federal defender since she can't afford an attorney.

Thomas will be back in court next Wednesday.

If convicted, she faces a maximum possible sentence of 15 years in prison.