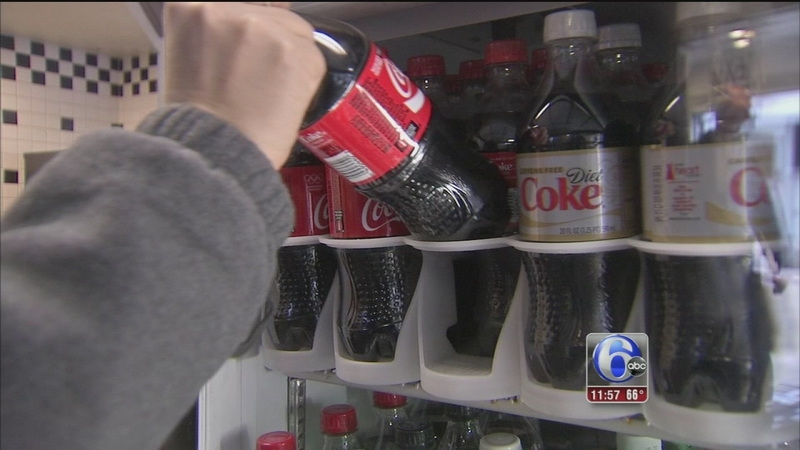 PHILADELPHIA (WPVI) -- Philadelphia became the first major American city with a soda tax on Thursday despite a multi-million dollar campaign by the beverage industry to block it.

The City Council gave final approval to a 1.5 cent-per-ounce tax on sugary and diet beverages.

Watch the final vote by Philadelphia City Council on the beverage tax.

Only Berkeley, California, had a similar law. Soda tax proposals have failed in more than 30 cities and states in recent years. Such plans are typically criticized as disproportionately affecting the poor, who are more likely to consume sugary drinks.

But Democratic Mayor Jim Kenney sold the council on the idea with a plan to spend most of the estimated $90 million in new tax revenue next year to pay for prekindergarten, community schools and recreation centers. Kenney says the tax will generate $386 million over 5 years.

"Thanks to the tireless advocacy of educators, parents, rec center volunteers and so many others, Philadelphia made a historic investment in our neighborhoods and in our education system today," the mayor said after the vote.

During the meeting, proponents of both sides of the issue spoke to City Council.

Chris Hunter, an employee of Coca-Cola, speaks against the beverage tax.

"If this tax is passed, Philadelphia would create the worst black market for nonalcoholic beverages since prohibition, which was back in the 1920s and 30s. Let's not go back in history," said Chris Hunter, an employee of Coca-Cola.

The tax, which passed 13-4, is a hard-fought win for the city. The soda industry spent millions of dollars in advertising against the proposal, arguing that the tax would be costly to consumers. The plan also attracted national attention and dollars, with former New York Mayor Michael Bloomberg and Texas billionaires John and Laura Arnold, advocates for less consumption of sugary drinks, funding ads in support.

"The tax passed today is a regressive tax that unfairly singles out beverages, including low- and no-calorie choices," it said a statement.

The association and beverage bottling businessman Harold Honickman promised to fight the tax in court, with Honickman saying the tax would mean sales will go down and jobs will be lost. He said he could file a lawsuit as soon as this weekend. 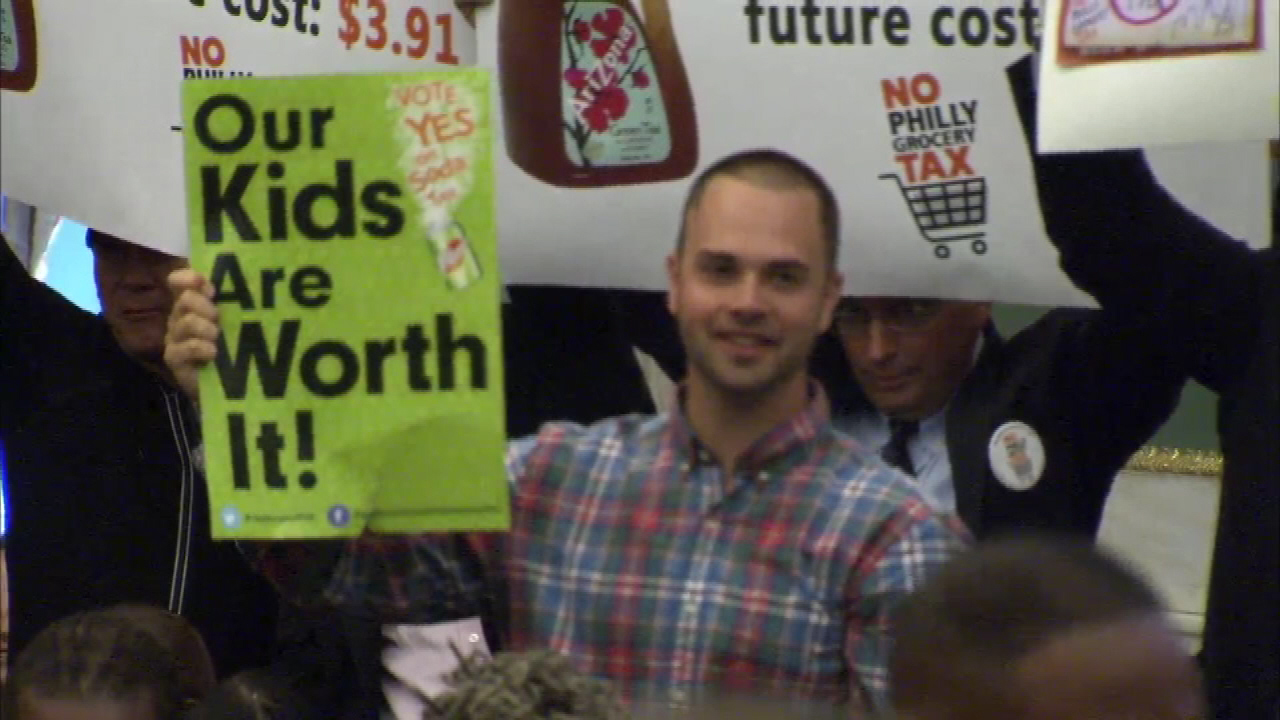 PHOTOS: Signs seen at Philly beverage tax vote
Those on both sides of the beverage tax issue made their voice heard in poster form during the vote at Philadelphia City Council.

Many communities where soda tax proposals have failed sought it as a way to discourage consumers from buying sugary beverages for health reasons.

The case could certainly be made for a healthier Philadelphia, where more than 68 percent of adults and 41 percent of children are overweight or obese. But Kenney focused on public interest over public health in making the argument to tax sugary drinks.

He said last week that Americans generally reject other people telling them what's healthy for them, so his administration tried to stay away from that. He said any health benefits coming from the tax are just a bonus.

The tax won't start getting collected until Jan. 1, 2017, but it will enter into the fiscal budget July 1.

The tax will be levied on distributors. If they pass it entirely on to consumers, a six-pack of 16-ounce bottles, for example, would go up $1.44.

Some of the money raised by the tax will go to pay for city employee benefits and pet projects of council members and to build up municipal provide budget reserves.

Small business owners like Maria Gonzales say they worry the new tax could destroy their livelihoods.

Groups of pre-K students clustered outside City Hall on Thursday doing geyser experiments with soda and Mentos, and they gathered in the hallway near chambers with headbands reading "Pre-K rocks!"

The No Philly Grocery Tax group had a big display on the plaza with stacks of drinks and graphs showing how much consumers would pay if the tax passed.