Philadelphia man found not guilty in 2008 murder of aspiring teacher 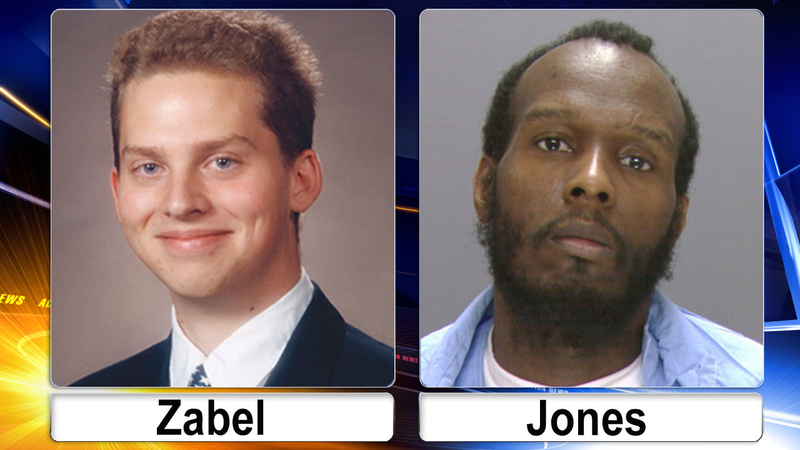 VIDEO: Not guilty verdict in death of aspiring teacher

PHILADELPHIA (WPVI) -- A Philadelphia man accused of gunning down an aspiring teacher from Minnesota for his iPod has been found not guilty.

The 37-year-old is already serving life for killing a witness in the case.

Marcellus Jones was charged with the June 2008 murder of 23-year-old Beau Zabel.

Zabel moved from Austin, Minnesota, to Philadelphia to start work in the public schools a few weeks before he was killed during a street robbery.

Zabel's family returned to the murder scene at 8th and Ellsworth after the verdict.

"Ultimately there's another judge and he'll have to pay the price then," the victim's father Joe Zabel said.

Jones had said he was innocent and witnesses lied.

The defense claimed they're all convicts looking for deals to get out of jail.

"You had witnesses who came forward five years plus after the fact who only came forward saying they heard the defendant make these admissions after they were locked up. They were motivated to say what they said," defense attorney Richard Giuliani said.

Jones said he was forced to testify Tuesday and wasn't willing to answer the prosecutor's questions. The judge told him to comply.

"Hey, your honor. I'm innocent of this crime. I didn't have nothing to do with it, and I can definitely prove it," Jones said to Common Pleas Court Judge Rose Marie DeFino-Nastasi.

Another outburst came when Zabel's mother was called to the witness stand.

Jones got up from his chair and told a security officer, "Yo, man. I need to go out. I'm done with this."

At one point DeFino-Nastasi removed Jones from the courtroom.

Jones is currently serving life in prison for killing an alleged accomplice. Prosecutors said Jones killed Tyrek Taylor, 19, in 2008 because he had been talking about Jones "killing the teacher." Taylor was the suspected getaway driver.