WPVI
PHILADELPHIA (WPVI) -- From the starting horn to the finish line, marathoners like Claire Johnson say the best part of the 26.2-mile journey is the last mile.

"Amazing. Oh my God I felt like I was floating on air," said Johnson of Portland, Oregon.

But before racers got their medals, they had to get to the start, and through security.

"It was very quick, but it was also very appreciated," said Samantha Barnes of Raleigh, North Carolina. "I want to feel safe, I want my friends to be safe."

But it wasn't quick for everyone.

Organizers say long lines at some of the six checkpoints were partly to blame for the race starting about 15 minutes late.

@Philly_Marathon security lines are long 30 minutes before the start. 18th and the Parkway. @6abc #JoinTheAction pic.twitter.com/9oclFSD20t

Holy security @Philly_Marathon...645 and lines are ridiculous. No way we are starting on time. #frustrated @6abc pic.twitter.com/HkPtJZeXGZ

After terrorist attacks in Paris, and the raised terror alert in Brussels, runners were concerned. But security plans were already in place.

"The clear bags, the secure checkpoint at the start and finish area. So the good thing is that our runners are well-prepared, and were expecting all of that," said race director Desiree Peterkin-Bell. "We just reminded them of all the security measures that again we have in place this year."

Race officials say after the Boston Marathon bombings in 2013, heightened security measures were put in place in Philadelphia. Runners we spoke to say they're glad to see that extra security.

"We were at the marathon when the Boston bombings happened, but I just felt like they were going to be really prepared and I wasn't worried," said Zanny Perrino of Boston, Massachusetts.

The wheelchair athletes kicked off the race to the tune of Neil Diamond's "Sweet Caroline" in a tribute to the victims.

But for most it's simply about crossing the finishing line. Just ask 16-year-old Kassidy Brown of Students Run Philly Style.

"It's such a great vibe out there, you know, so much support. Not only that, you seem so focused you're like, 'If I finish this, I'll feel great,' " said Brown. "It's all about the end, not the start."

The winner of the half @Philly_Marathon - Eliud Ngetich of Jacksonville Fl. Unofficial time 1:02. pic.twitter.com/pamXPIk9Np 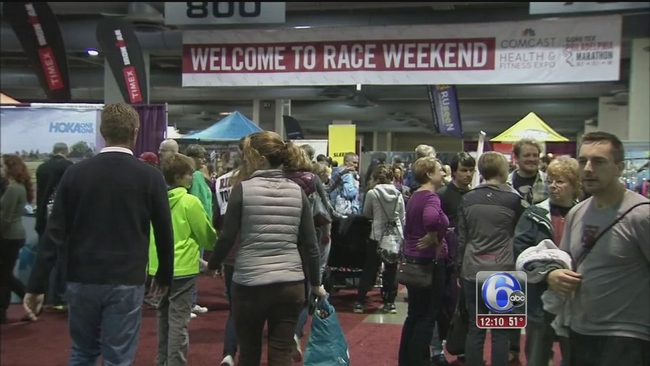 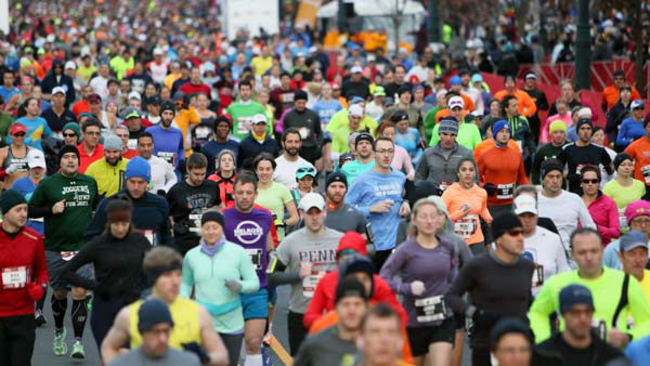