WPVI
PHILADELPHIA (WPVI) -- A Philadelphia sheriff's deputy who was inside an elevator at the Criminal Justice Center when it crashed two months ago remains on a long road to recovery.

Sergeant Paul Owens is paralyzed from the waist down and the investigation into the early August crash is far from over.

"His spirits are high and he's trying to recover," Sheriff Williams said.

Owens was in an induced coma for a long period and many feared he would not survive; now, he's in a rehab center.

Sources say he has his full faculties, but is still paralyzed.

Owens' law enforcement colleagues will hold a beef and beer fundraiser Wednesday evening at the FOP lodge in the far Northeast.

"The goal is to help the family offset some of the cost and his wife get around. It's a long road to recovery so she needs that support," Williams said.

The cause for the elevator rising out of control through the CJC's 15th floor before smashing into an equipment room is still under investigation.

The elevator used exclusively for judges, jurors, and court employees remains out of service, forcing major changes in the way people are moved around the ever-busy CJC.

"There's a strain on us because of us using other areas in order to move people up and down the building, but we continue to work with what we have," Williams said.

The Owens family has said nothing publicly about the accident itself or their subsequent ordeal. 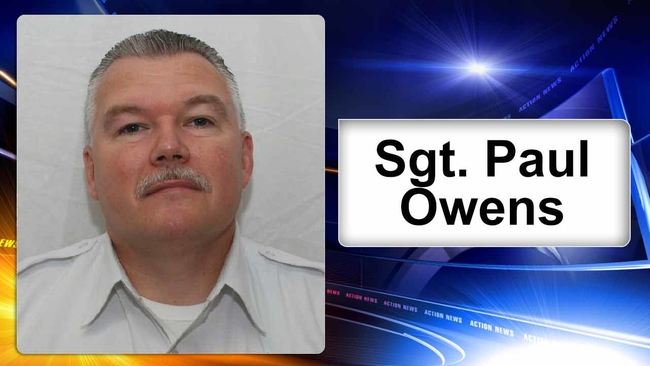